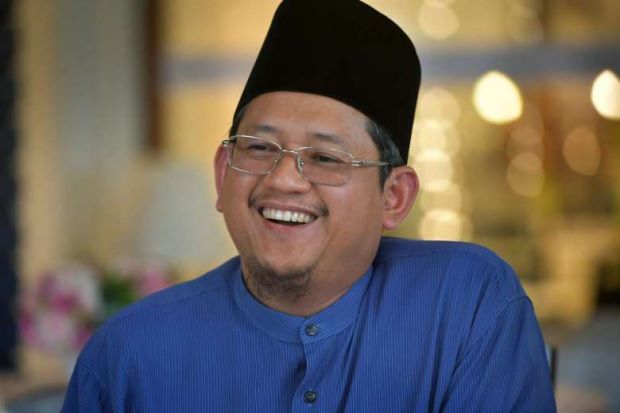 Singapore Mufti Mohamed Fatris Bakaram yesterday wished the leaders of the Roman Catholic and the Anglican churches, as well as the Christian community at-large ‘Merry Christmas’. The note to the Christian community also underscored the need for the different faiths in Singapore to stand together in the face of religious extremism and terrorism. The note was co-signed by Haji Abdul Razak Maricar, chief executive of the Islamic Religious Council of Singapore (Muis).

The report of Muslim religious leaders wishing their Christian counterparts was reported in several local newspapers including Berta Harian, a Malay language broadsheet. Berita Harian’s publishing of the report in their Facebook has received mixed responses from the Malay-Muslim community.

Facebook user Taufeq Abbas urged the readers not to listen to the Mufti.

Muhsin Abd said that the devil has sent a higher ranking general (to confuse Muslims?).

Other Facebook users like BakarNoryati Aman and Khai Khalig shared a video clip of Zakir Abdul Karim Naik (an Indian Islamic preacher and founder and president of the Islamic Research Foundation) comparing Muslims greeting Christians ‘Merry Christmas’ to eating pork and drinking alcohol – both of which are prohibited in Islam.
[fvplayer src=”http://youtube.com/watch?v=A6Yw8FrNX8Q”]

Some Facebook users like Diman Japar and Bart Dol suggested that it may be better for muslims to wish Christians ‘Happy Holidays’.

Yet others like Mahirah Binte Abdul Mahid urged the readers to “stop making Islam a difficult religion. You are wishing another race/religion happy thoughts so I don’t think it is wrong.”