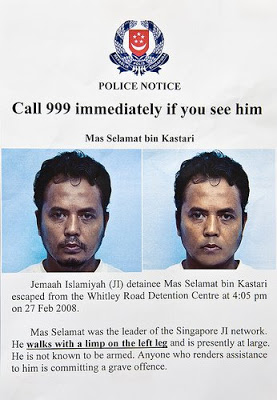 Watching Chancellor Angela Merkel handle the horrific tragedy in Berlin on BBC, I am full of admiration for her. She was calm despite the enormous responsibility and the increased blame that would be cast upon her for welcoming refugees. She acknowledged and expressed that fear openly and solemnly laid flowers at the site of the tragedy. The Germans like the English, took everything in their stride. They went about their business soon after, determined not to be cowed by terrorism.

As I watched the reactions of the Chancellor and the Germans on television, I could not help thinking about what our government and Singaporeans would have done if a similar incident happened here. Our ministers said that they are well prepared for a terrorist attack and have conducted many rehearsals. I don’t know how well prepared we are though I have no doubt that they have very sophisticated anti terrorism equipment and weapons.

In Berlin, one Pakistani asylum seeker was quickly arrested but released within 24 hours. That delay had probably contributed to the escape of the real culprit to Milan. But the forensic team did not stop working on the finger prints and documents found in the wrecked truck. They managed to identify the killer. He was finally shot dead by the fast reaction of a young Italian police officer (quite by accident) when he opened fire at his colleague.

How will Singapore handle the situation if what took place in Berlin happened in Singapore? I think a curfew will immediately be imposed, inconveniencing the entire population. Many people, innocent or otherwise will be arrested and detained without trial under the ISA. That after all is the purpose of the ISA. No one will be released within 24 hours. Singaporeans will accept all these without a murmur, trusting that the government is doing its best. Meantime, the culprit will escape to another country despite our tight security. I don’t know what role INTERPOL which has its headquarters here will contribute towards the search for the culprit.

The culprit will escape if we go by past cases. We have had at least two incidents when despite island wide man hunts involving riot police, Gurkhas, navy and an inordinate number of police vehicles, the culprits managed to leave Singapore, one apparently by sea and the other by air. Remember Mas Selamat who escaped our top security prison in 2008 and the Australian who robbed Standard Chartered Bank in Holland Village this year? Both were arrested subsequently by Malaysian and Thai police respectively.

Mas Selamat is now back in the top security prison, untried even for the offence of escaping from the prison. I suppose this is in line with our non transparent way of handling embarrassing situations. They think that Singaporeans are easily satisfied with the findings of the commission of inquiry which allegedly investigated into the escape and a public trial will not be necessary to prove or disprove its findings. As for the bank robbery, I don’t know if the culprit was handed over to Singapore. We have not been informed about what happened to him.

My gloomy pre Christmas thoughts were somewhat lifted by the sensible words of sociologist Tan Ern Ser and the assistant secretary of the Inter Racial and Religious Confidence Circle, Mr Ahmad Tashrif Sarman (The New Paper 23 Dec 16) who said that it was dangerous to blame anyone without evidence. If all of us can refrain from jumping to conclusions when things happen or arrests made and stop believing every word of our government, we will be a changed society. But do we want an accountable government?Follow us on Social Media