On Oct. 9, UK-based charity Oxfam released its annual Commitment to Reducing Inequality Index (CRI). The CRI ranked Singapore at the bottom 10 out of 157 countries in terms of its commitment to reduce inequality. Singapore’s rank was below Afghanistan, Algeria, and Cambodia, and marginally higher than Haiti, Nigeria and Sierra Leone.

Mr Lee said: “Yes, the income tax burden on Singaporeans is low. And almost half the population do not pay any income tax. Yet, they benefit more than proportionately from the high quality of infrastructure and social support that the state provides. In Oxfam’s view, Singapore’s biggest failing is our tax rates, which are not punitive enough.”

Mr Lee also pointed out that 90 per cent of Singaporeans owned their homes and home ownership was 84 per cent even among the poorest 10 percent of households. “No other country comes close,” he said.

“We set out to achieve real outcomes for our people – good health, education, jobs and housing – rather than satisfy a collection of ideologically driven indicators.”

Oxfam’s head of inequality policy, Max Lawson, rejected Singapore’s defense of its low taxes yesterday and said the impact of Singapore’s tax policy went beyond its borders, serving as a tax haven for the rich and big corporations.

“Singapore’s harmful tax practices mean that they are eroding the revenue of other countries in the region and globally, revenues that those countries could be investing in schools and hospitals,” Lawson told Reuters.

Associate Professor Theseira, who is also a Nominated Member of Parliament, in responding to a Today article on the topic said: “No low-income Singaporean would change places with low-income citizens of Indonesia and the Philippines, but those countries are ranked much higher within Asia by Oxfam.”

He added that there is a need “to have a better conversation about inequality” in Singapore.

“But it cannot be premised on research that is not well-suited for the challenges we face in Singapore, and ultimately, doesn’t produce a measure that correlates well with the living reality of Singaporeans, who know that inequality is a problem here, but is not characterised by the poverty and absolute deprivation seen in many countries of similar ‘rank’.”

Kuan said that the CRI “is really about the measures and the will to deal with inequality by each country within that country’s income level.”

“So it is silly to say if we would like to live in Bangladesh just because it is ranked higher than Singapore. It is really what each country can do for itself with its own resources.”

He added that the correct conclusion to draw from the CRI would be that considering the resources it has at its disposal, the Singapore Government does not do enough to address inequality here.

Dr Paul Tambyah, chairman of the Singapore Democratic Party, responding to the same post said: “The issue here is inequality, not whether the tax regime is harmful to businesses or harmful to people. The reality of inequality in Singapore is a matter of life and death and is in the official report of the registry of births and deaths.”

Dr Tambyah referred to a report on Registration on Births and Deaths 2017. 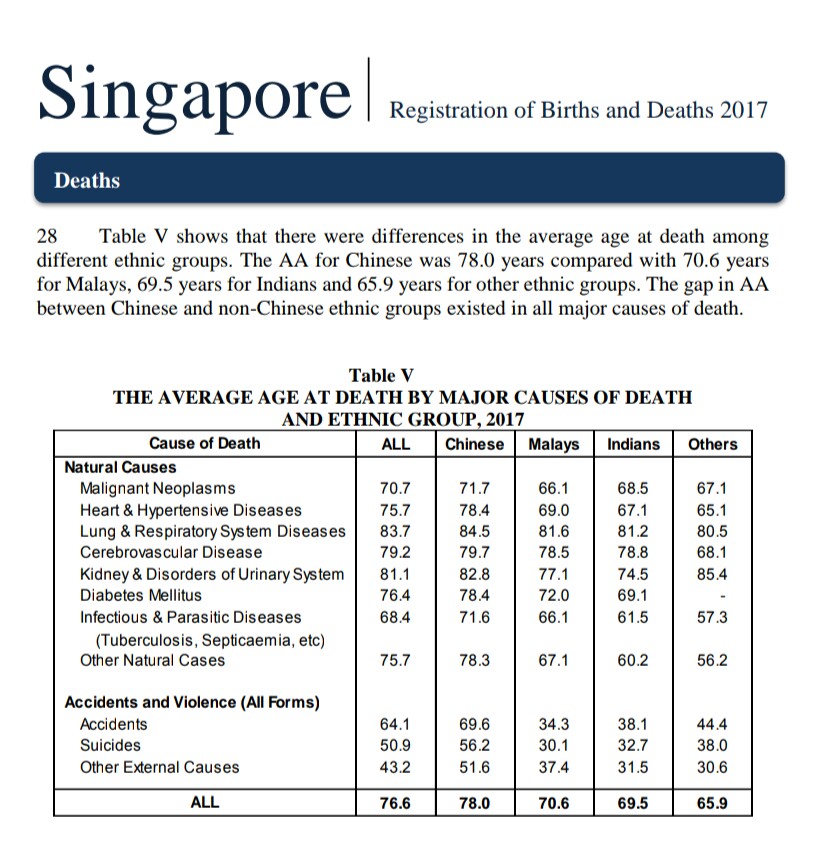