Home News Singapore Airlines is ranked one of the least fuel-efficient among 20 major... 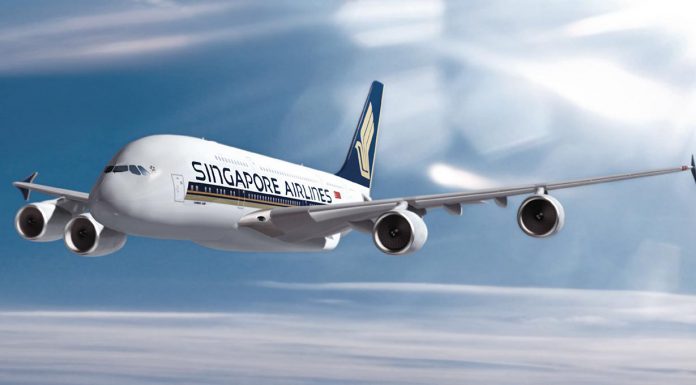 A study of twenty major airlines flying non-stop across the Pacific Ocean has found that Singapore Airline’s planes emit a higher amount of carbon dioxide per passenger-kilometre than average.

The ICCT is the organization responsible for exposing Volkswagen’s emissions scandal in 2014.

Results show that the national carrier’s average fuel efficiency, 30 passenger-kilometres per litre of fuel (pax-km/L), is actually lower than the industry average of 31 pax-km/L.

Out of the twenty airlines in the study, twelve ranked above 31 pax-km/L. Singapore Airlines ranked as the fourth lowest, along with four other carriers.

Along the Los Angeles-Tokyo route, the most competitive of all the routes in the study, Singapore Airlines showed the poorest fuel efficiency rate by a large margin, showing an average fuel efficiency of 26 pax-km/L. For this route, US-based United Airlines is the most fuel-efficient, at 43 pax-km/L.

On its flights to San Francisco and Los Angeles, Singapore Airlines employs Airbus A350-900, A380-800 and Boeing 777-300ER. The A380 performs worst in its fleet in terms of fuel efficiency, at 24 pax-km/L . This model accommodates only 379 or 441 passengers, and should the plane add fifty additional passengers on each flight, fuel efficiency would increase to 27 pax-km/L.

The study also showed that a fuel efficiency metric of 30 pax-km/L would be attained with adding 10 passengers or 1,000 kilograms of freight on all flights.

At 36 pax-km/L, the most fuel efficient airlines in the study are All Nippon Airways (ANA) and Hainan Airlines. This is due to ANA’s heavy cargo load on each flight, equivalent to almost half of the payload per flight. Hainan Airlines, however, can attribute its fuel efficiency to its technologically advanced fleet, using the Boeing 787 Dreamliner aircraft.

On the other hand, the worst performer on the list is Quantas, Australia’s national carrier. It’s fuel efficiency rating is only at 22 pax-km/L.

Netizens speculate that Singapore Airlines’ poor fuel efficiency is due to the carrier’s inability to fill seats, suggesting that business is not doing well:

Others believe that the reason why Singapore Airlines is not fuel-efficient is because it does not cram passengers in the cabin, unlike other carriers:

Some netizens suggested that the carrier should bring down its prices in order to ensure full flights: