Design D, which is proposed by Johnson Pilton Walker + RDC Architects, drew the most criticism for its resemblance to a toilet bowl from a bird's eye view perspective

A number of the five shortlisted Founders Memorial designs have drawn comparisons to toilet appliances online. The unsavoury comparisons come after the Government sought feedback on which design it should go with for the Founders’ Memorial it is building.

Curiously, Lee Kuan Yew was the only figure who was explicitly identified in a statement on MCCY’s website, that provided an idea as to what Singaporeans can expect from the memorial.

Some of the designs have drawn comparisons to toilet appliances online. Design D, which is proposed by Johnson Pilton Walker + RDC Architects, drew the most criticism for its resemblance to a toilet bowl from a bird’s eye view perspective: 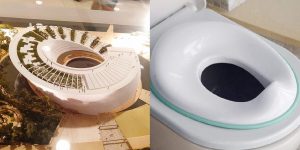 Design C, by DP Architects, has drawn comparisons to a washroom basin with its shape as well as the hole-shaped feature in the centre: 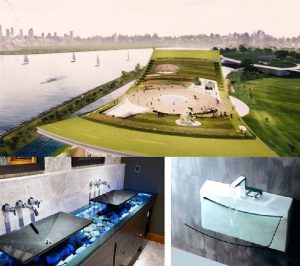 Design B, proposed by Cox Architecture + architects61, has invited comparisons to a typical washroom door handle: 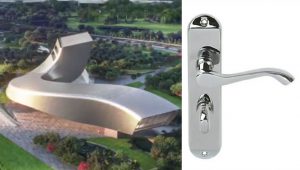