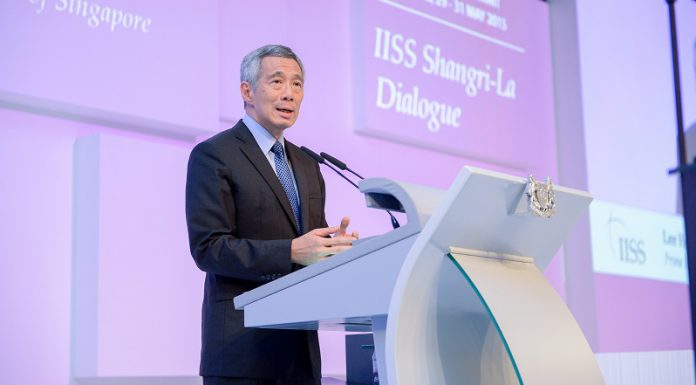 The report substantiates the concern among regional observers that China may soon start a new round of escalation in the South China Sea after a relatively calm period.

Prior to the recent reports on China’s installation of missiles in the Spratlys, there had been several other indications of China’s renewed assertiveness in regional waters.

For example, in early April, President Xi Jinping presided over a grand naval parade and a week-long series of live-fire drills in the South China Sea that involved a large Chinese naval flotilla, including aircraft carrier Liaoning.

On April 18, two Xian Y-7 Chinese military transport planes were spotted on the Mischief Reef for the first time.

The Wall Street Journal had also reported that China had quietly deployed communications and radar jamming equipment on the Fiery Cross Reef and the Mischief Reef in the Spratlys, which has sparked a diplomatic protest from Vietnam.

In another less noticed but equally important development, the National People’s Congress of China decided in March that the China Coast Guard would be placed under the People’s Armed Police Force. The force has since January answered directly to the Central Military Commission, a body chaired by President Xi Jinping. Previously, the China Coast Guard was managed by the civilian State Oceanic Administration.

The move, which has turned the China Coast Guard into a de facto military force says critics, is yet another indication of China’s increasing militarization of the South China Sea dispute. As such, China can be seen to be adopting a two-pronged approach to establish its effective control over the South China Sea.

On the one hand, China has pushed militarization in the waterway, especially on seven artificial islands in the Spratlys, to strengthen its power projection capabilities and to deter against maritime rivals.

On the other hand, Beijing has streamlined its maritime forces and consolidated their command structure to enforce its control over the sea more effectively.

The above developments do not bode well for the prospects of the South China Sea as they would further militarize the dispute, increase tensions, and heighten the chance of armed conflicts in the region.

They would also invite counteractions from regional players, including the U.S. and Japan.

For example, following reports of China’s missile deployment, the White House has warned Beijing that there will be consequences for its growing militarization.

The sovereignty claims in the South China Sea have security ramifications that have shaken the stability of the region as well as impacting international shipping lanes and the freedom of navigation in these disputed waters.

Besides China, there are many countries that have staked their claims on several parts and islets across the South China Sea including Brunei, Malaysia, Taiwan, the Philippines and Vietnam.

An opportune moment to discuss the challenges posed by conflicting claims and to reach a solution on the South China Sea will be at the 17th Shangri-La Dialogue this year, when Asean leaders will be joined by their counterparts from major global power in Singapore for a security summit taking place from June 1 to June 3.

Since the 1990’s, various initiatives were put in place to address the conflict, such as multilateral consultations and bilateral agreements.

Preventive diplomacy, confidence-building measures, strategic trust, conflict resolution are some of the measures that should be deployed to avoid conflicts.

In a way, the South China Sea dispute has turned out to be a successful case of conflict prevention – thanks to the Permanent Court of Arbitration (PCA) ruling delivered on 12 July 2016 – and despite China’s increasing militarization of the islands and so on, no serious clashes have happened so far.

“To build strategic trust, we need to abide ourselves by international law, uphold the responsibilities of nations, especially of major powers, and improve the efficiency of multilateral security cooperation mechanisms,” said former Vietnamese Prime Minister Nguyen Tan Dung in his keynote address at the 12th Shangri-La Dialogue in 2013.

The former Prime Minister also stressed the need to build strategic trust for peace, cooperation and prosperity in the Asia-Pacific region to overcome all challenges.

But trust should not be a precondition for mutual cooperation or compromise.

Perhaps the South China Sea claimants should start with building trust not only at a strategic level but also at an operational level such as the establishment of a forum for handling civil maritime cooperation.

As tensions have recently flared up due to Beijing’s activities in the South China Sea, another practical solution to the problem could be for Asean and China to deploy the Code for Unplanned Encounters at Sea (CUES).

This will get them to operate a diplomatic hotline, similar to those of US-Russia or India-Pakistan, to address maritime incidents essentially and effectively.

Under this code, a country should not be allowed to cite excuses, such as domestic laws, to avoid overcoming sea accidents when requested through the hotline.

CUES should be applied to all government vessels operating in the South China Sea, including military and paramilitary vessels.

Another practical solution would be to demilitarise some of the disputed areas or getting China to stop further military and civilian construction.

This will be possible if there are a consensus and a strong political will among all those involved.

Asean member countries need to actively cooperate with each other and with other countries inside and outside the region, through regional and international forums such as the Asean, EAS, ADMM, ADMM+, ARF, contributing to the speeding up of the process of building trust and the implementation of preventive diplomacy to reduce the risk of collision and conflict at sea.

While the Asean and China had completed negotiations on the draft framework on a Code of Conduct (CoC), no one can guarantee that China will comply with the rules which may restrain its maritime ambitions.

The CoC will be effective only if it is legally binding but it has been a long time since the start of talks on the CoC which saw China playing the delaying tactics to further consolidate its gains in South China Sea.

Even if China agrees for a final legally binding CoC, how to check China if it goes against CoC? Is the CoC a watered-down solution?

The answer is that a gentlemen agreement based on trust, self-respect and consensus should be worked within the context of CoC which must be instrumental in explaining and resolving disputes.

According to the Shangri-La Dialogue Senior Fellow for Asia-Pacific Security William Choong, the event in Singapore should ponder on Singapore’s Prime Minister Lee Hsien Loong’s statement of last year that “any outcome in the South China Sea must be premised on international law to be legitimate and sustainable”.

Therefore, as the leading regional forum on security and defence matters, the 2018 Shangri-la Dialogue should be based on the landmark PCA ruling, discussing all the above-mentioned practical measures, and come up with concrete and feasible solutions in order to promote the regional peace, stability and prosperity.

And as a global power and a claimant in the South China Sea, China has to show its sense of responsibility and goodwill in resolving the conflict.Follow us on Social Media