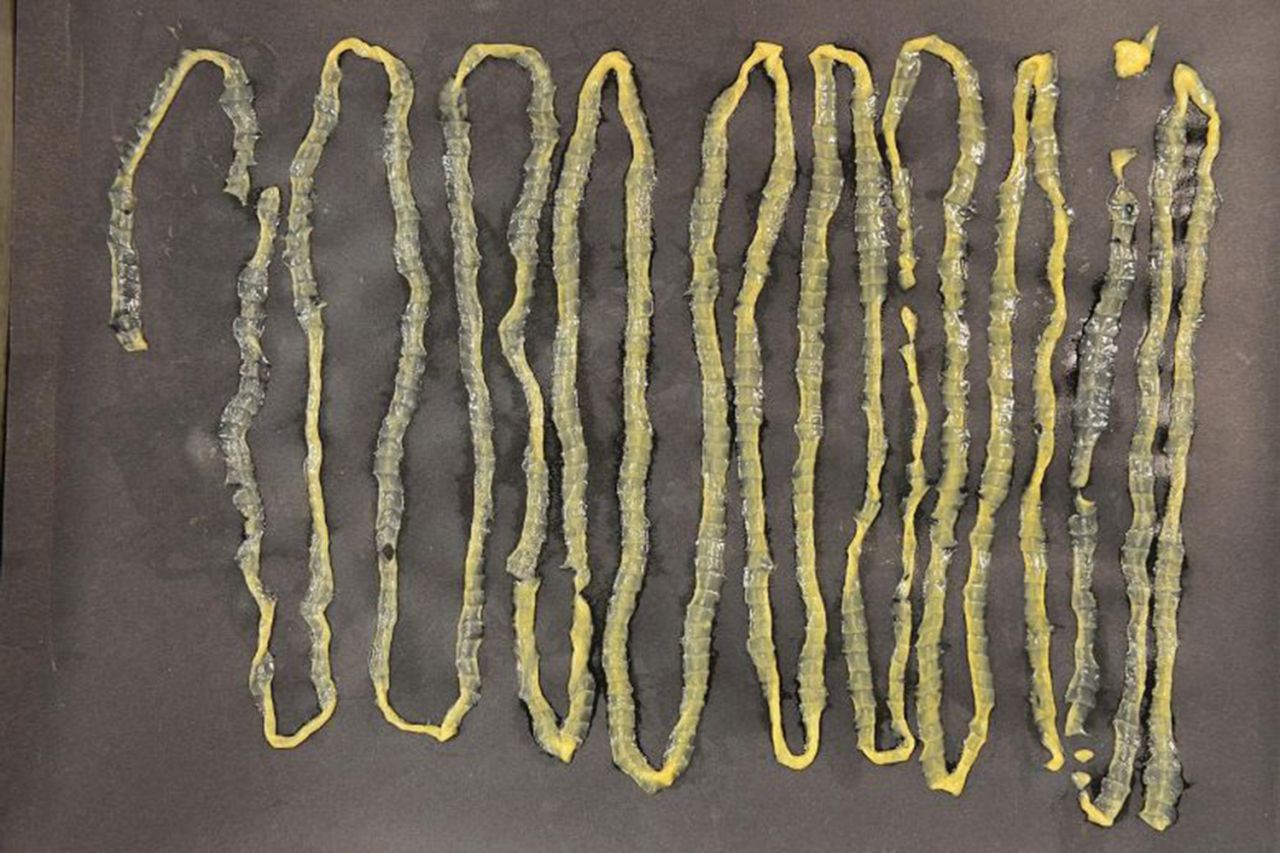 Doctors at the Singapore General Hospital extracted a massive 9ft 2in (or 2.8m) tapeworm from a man in Singapore. The tapeworm was so large that medical staff had to fold it 18 times in order to take a photograph of it.

Interestingly, the man showed no symptoms that his body was harboring the parasite. Infectious diseases expert Professor Hsu Li Yang revealed: “The patient was somewhat appalled when the worm was passed out via the rectum.”

A tapeworm infection is caused when the eggs or small newly hatched worms enter an individual’s mouth, according to the NHS which added: “There are several ways this can happen, including eating raw or undercooked beef, pork, or freshwater fish (like salmon or trout) – these can contain live tapeworm larvae if they’re not cooked thoroughly.”

Those who consume water or food that contains or has been in contact with bits of faeces of an infected person or animal could also be infected with tapeworms, which is the only human parasite that can grow so large.

Microbiology experts examined an egg obtained from the tapeworm and found that it most likely is a fish tapeworm. Prof Hsu revealed that fish tapeworms are being increasingly found in patients here, since sushi is growing in popularity in Singapore.

While some who are infected may not show any symptoms, others may suffer side effects such as nausea, weakness, diarrhoea and abdominal pain.Follow us on Social Media