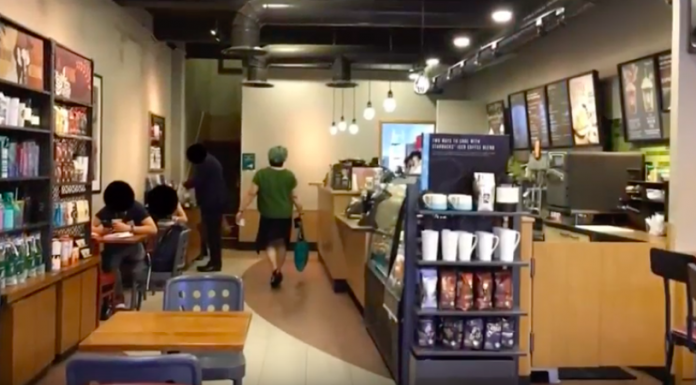 A member of Sammyboy Forum – a  predominantly sex-themed website with hundreds of threads sharing obscene material – Clarence Tang Jia Min placed a camera secretly in the restroom of a Starbucks cafe in Holland Village, and filmed over 2000 videos of girls and women there.

The 26 year old digital marketing specialist also placed a similar camera in the shower of his own home at Loyang Rise in Pasir Ris, so he could record his female friends taking a bath. He installed another secret camera at a friend’s house.

On Thursday, August 23, Mr. Tang, known as “Zidy” on the online forum, pled guilty to one count of possessing 2,103 obscene film clips with the intent to distribute them, as well as 30 counts of insulting women’s modesty.

For his sentencing, the court will take into consideration 45 similar charges against him. Since there is a possibility that he suffers from a mental disorder, a Newton hearing has been set for January 2019. At the Newton hearing, both the prosecution and defense will be given the opportunity to present evidence in order for any points of dispute to be resolved prior to sentencing.

A doctor diagnosed Mr. Tang with PTSD (Post-Traumatic Stress Disorder), which changed his personality. But Dr. Kenneth Koh from the Institute of Mental Health, a witness for the prosecution, has disagreed with this diagnosis.

Mr. Tang’s pre-trial conference will be heard on September 4.

Four other members of the internet forum site Sammyboy have already been prosecuted, making Mr. Tang the fifth and final member to be held accountable for his actions. Investigations into the Sammyboy Forum site began in November of 2016 when the Ministry of Education filed a report with the police after it was discovered that there were obscene videos of girls dressed in their school uniforms on the site.

Mr. Tang amassed his videos between 2014 and 2016. The other Sammyboy members who faced similar charges also shared videos that were taken by secret cameras and are voyeuristic in nature. They have been sentenced with jail terms from six months to three years.

Mr. Tang installed the camera at Holland Village since he knew many young women from the ages of 18 to 25 were customers at that particular Starbucks outlet. According to Li Yihong, Deputy Public Prosecutor, many of the women shown in the videos were filmed in their school clothes.

The police raided Mr. Tang’s residence on November 29 and confiscated two hard drives, where they found the obscene videos. He is currently out on a $15,000 bail.

Mr. Tang claimed in his testimony that fellow Sammyboy Forum member Ong Yi Jie, a customer service officer, age 27, was the one who taught him how to install the camera at the Starbucks’ restroom. Along with former sales engineer Joel Chew Weichen, 27; fund accountant Shaun Lee, 29; and former security guard Ali V. P. Mohamed, 46, Mr. Ong has been convicted.