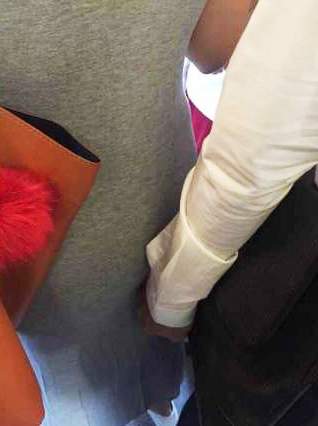 A 37-year-old man who is suspected of being a serial molester has been arrested by police.
A picture of a decently dressed man outraging the modesty of a woman on a train from Sembawang to Bishan had wide sharing on social media a few days ago.
A different victim of the same molester stumbled upon this picture and lodged a police report last Saturday. The police who investigated the complaint, established the identity of the suspect and arrested him yesterday.
The suspect will be charged in court tomorrow on charges of outrage of modesty.
This is a picture of an outrage of modesty incident which was shared widely on social media about a week ago.

—
The title of this article was edited for clarity after it was published.Follow us on Social Media