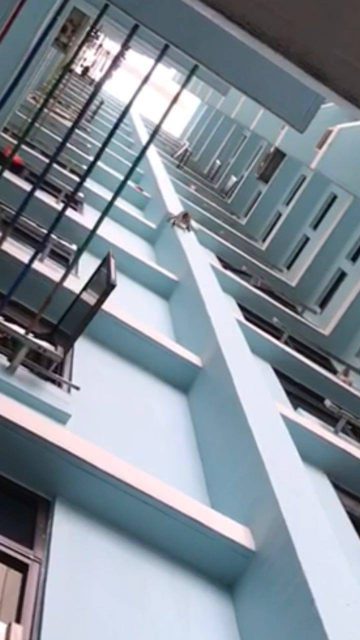 The monkey which has been terrorising residents at Segar Road, in the Bukit Panjang area, has finally been caught. It was captured yesterday at about 6.45pm after being shot with a darting gun. The Agri-Food Agri-Food & Veterinary Authority of Singapore (AVA) which announced the capture of the animal said that the monkey is currently in the care of Wildlife Reserves Singapore and will be subsequently handed over to ACRES for rehabilitation.

Readers who responded to a video of the agility of the rogue monkey said that it reminded them of Sun Wukong (the mythological monkey god) and said that they hoped it won’t be killed.

Posted by The Independent Singapore on Saturday, 22 April 2017

AVA in announcing the capture, reminded everyone that you should not feed the monkeys, as feeding alters their behaviour and causes them to become reliant on humans for food.

“You can also help to minimise the risk of monkey nuisance by keeping your windows and doors closed as much as possible, keeping food out of sight from the monkeys and practicing good food refuse management, such as double knotting garbage bags and disposing garbage in bins with secured lids.” – AVA

A netizen who responded to AVA’s message suggested that the monkey went rogue after being disturbed by the kids in the neighbourhood.