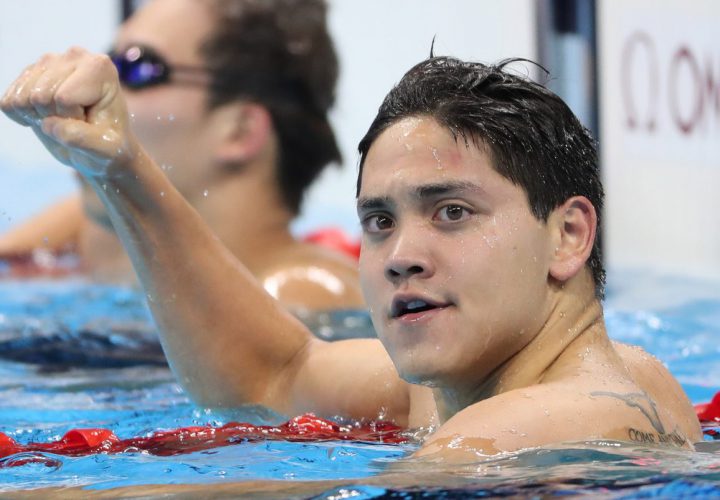 Schooling’s time was a little slower than the Asian record for the 50m butterfly, which Schooling himself set at 22.95sec last month in the Fina World Championships in Budapest, Hungary. He had finished fifth in that race.

Singapore’s other 50m butterfly representative, Dylan Koo, came in at sixth place in a little over a second later, at 24.61s.

The texas-based champion told the media that he was happy with the results of the race, following the swim and that he hopes to do better at his upcoming events, such as the men’s 4x100m freestyle relay that is approaching. He said:

“The first swim is always a little nervy. But I am happy with the result, couldn’t have asked for a better start, and hopefully I will get better as the meet goes along.”