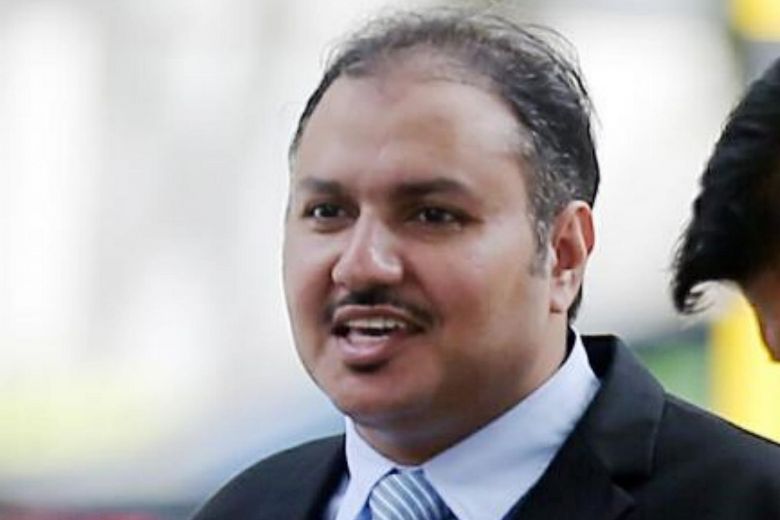 The High Court rejected a Saudi Arabian diplomat’s bid to have his jail term suspended as he awaits an appeal hearing next January. The diplomat, 40-year-old Bander Yahya A. Alzahrani, faces a jail term of 26 months and one week, along with four strokes of the cane, after he was found guilty in February of molesting a 20-year-old hotel intern at a Sentosa Hotel.

Alzahrani was in Singapore on holiday with his family of five when he committed the offence in August last year. He had checked into a hotel in Sentosa and found the room he was assigned to too small for his family. A 20-year-old hotel intern was instructed to show the diplomat to a suite, when he asked for a bigger room.

While the intern was showing the diplomat the bathroom of the suite’s master bedroom, Alzahrani shook the intern’s hand and asked for a hug. The victim obliged, since she had since her superior hug guests and since she did not want to offend the diplomat.

As Alzahrani enveloped the intern in a hug, he pinned her arms to her side and began kissing her in spite of her unsuccessful attempts to push her away and break free. Alzahrani then turned the victim around so her back faced him, before groping her all over her body.

He also grabbed her hand and forced it against his groin.

This was when the victim was able to break free.

But the nightmare was far from over.

Following the first attack, Alzahrani sat on a sofa in the suite’s living room before going to the bathroom again. He then asked the victim for a kiss and said he wanted to “put it in,” before he pushed her against the wall and once again groped and kissed her. He also lifted her dress.

The victim broke free once again and showed the man out of the room before resuming her work routine. Although she hesitated to divulge what had happened to anyone at the time, her colleagues noticed her behaving unusually and pressed her to disclose what had occurred.

During a subsequent 8-day trial, Deputy Public Prosecutor April Phang noted that Alzahrani’s defence “has more holes than a sieve” since he first testified that he said his physical contact with the woman was limited to a handshake before trying to explain away evidence that his DNA was found on the back of her dress, by claiming that she fell and he had to support her.

He also claimed the woman was imagining things and that the woman had made up the story to extort money from him.

His defense lawyer, Shashi Nathan, also played CCTV footage from the hotel corridors, where the intern can be seen calmly out of the room and talking to Alzahrani, before noting that she did not show any signs of distress or fear. Nathan asserted that this is not the expected attitude of someone who had been molested in the manner she described.

DPP Phang said then that the victim should not be penalised for putting her client and institution above herself just because she did not run away screaming.

Alzahrani’s latest bid to have his jail term deferred was sought on 10 Aug, on the basis that he would seek leave or permission to refer questions of law of public interest to the Court of Appeal. He wanted to refer questions dealing with the state of mind of the alleged victim and a question related to the issue of a lawyer who supposedly put his client’s case incorrectly to a witness.

Alzahrani contended that if the apex court acquitted him, he would have unnecessarily served time in jail if the High Court does not grant him another deferment until after his appeal case in over.

The High Court rejected his bid on Friday, 3 Nov, and ordered him to start serving his sentence.

Judge of Appeal Steven Chong told defense lawyer Peter Pang while the Court of Appeal judges may have a different view, “on a cursory examination, as far as I’m concerned, they don’t pass muster.” He clarified that the questions Alzahrani seeks to refer to the apex court were questions of fact, not questions of law nor questions of law of public interest.

Alzahrani was first allowed to defer his sentence so that he could settle his personal affairs. One day before he was supposed to begin his jail term, on 27 July this year, he sought and was granted a second deferment since he wanted more time to settle other matters and see his children, as well.

Since then, Alzahrani has been found “temporarily unfit for caning” by prison doctors. This development emerged in court on Friday.