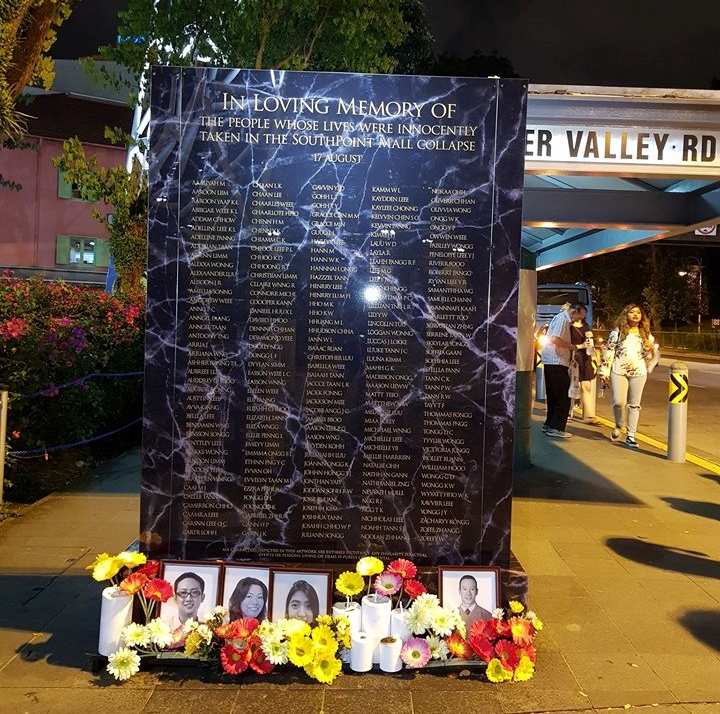 Resorts World Sentosa has come under fire for erecting memorial walls downtown for the ‘victims’ of a fake mall collapse that supposedly occurred on 17 August.

The structures which pay respect to several fake victims taken during the collapse of the fictitious Southpoint Mall are a gimmick advertising RWS’ annual Halloween Horror Nights, which is set to take place from 29 September to 29 October this year.

What tasteless publicity stunt is this? A monument at the bus stop outside Hotel Rendezvous, in memory of a building collapse that never happened, honouring people who never existed? #anothersigeenaidea

What on earth is this all about? Anyone?

One netizen compared the ad to the National Day promo by Starhub set to Martin Luther King’s “I have a dream” speech, which many found offensive:

RWS, however, defiantly stands by the campaign. The organisation told a local news website that it is is aware that the advertisement has “piqued public interest” and said that the aim is to publicise the event in an “an eye-catching, original and unconventional way.”

“This year’s theme, which revolves around seven new incarnations of deadly sins, is amongst our most disturbing themes and we would like to create excitement for Singapore’s premier scare event.”