The Independent Singapore News
International Asia Rude customer bombarded with criticisms from netizens after a centipede was found...

Netizens defend stallholder and urge customer to respond with kindness. 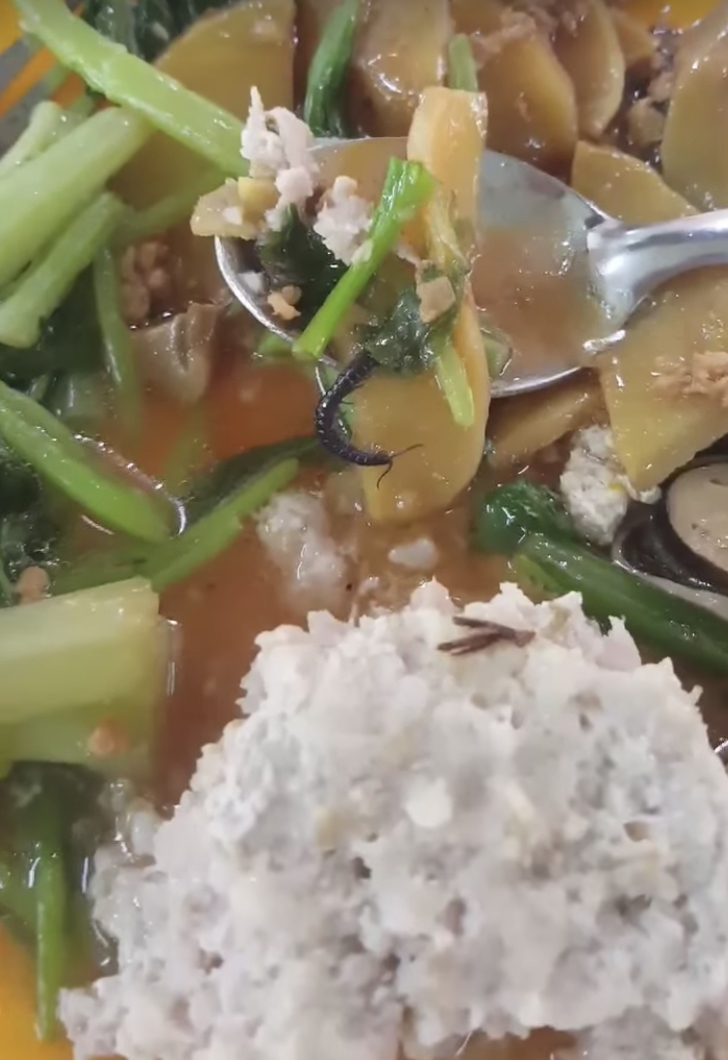 SINGAPORE – On April 16, the video of a centipede found in a man’s food went viral after the man videoed the discovery plus his confrontation with the stallholder and posted this online.

Instead of garnering support, it yielded the opposite result as netizens pointed fingers at the man’s insolent behaviour.

In the video, the man first filmed the centipede found in his food. Then, he went on to find the stallholder and asked them in a hostile tone,” Hello, I want to ask you. Come here.”

Referring to the centipede, he asked,” What is this.”

When one stallholder tried to pull the plate in for a closer look, the man said in an unfriendly way,” Don’t take. What is this. You want me to call the NEA now?”

The other stallholder was calm and tried to pacify the man by offering a refund of $5.

Yet, the man refused to back down and even falsely claimed that the stallholders placed the centipede in his food.

Regarding this, many netizens were furious at the man’s ungracious behaviour./TISG