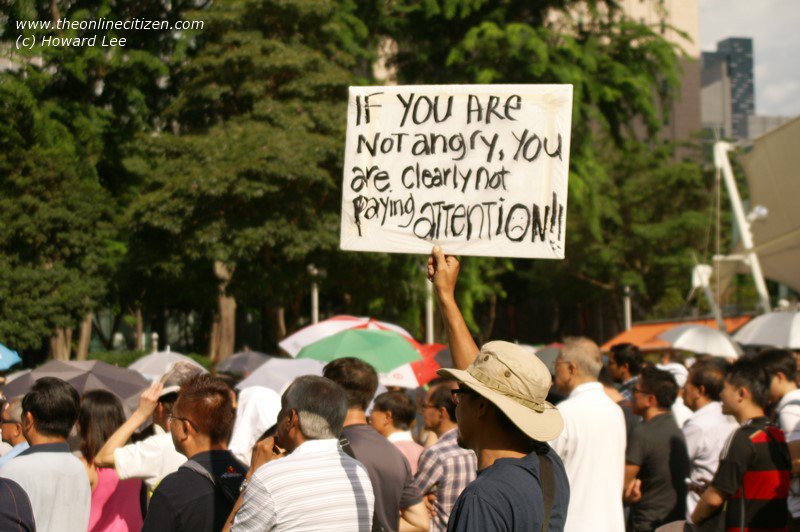 By: Chris Kuan
If the government abolish the minimum sum and return your CPF. then what? More to the point what are you going to do to receive a stream of income when you are retired? I am not sure those who shouted RETURN MY CPF the loudest know or bother to find out. The more astute would answer “you need to buy an annuity”.
Correct. Which is the reason why your CPF or to be precise your Minimum Sum is not returned to you. Or think of it this way – you can withdraw or cash out of your CPF at 55 but by law you are required to set aside the Minimum Sum to pay for your annuity which guarantee you that stream of income mentioned above. So you own an annuity paid for by your Minimum Sum.
Think I am playing with words? No, that is precisely how the British employment pension (on which CPF and Hong Kong’s MPF copied) worked. Both your company and you contribute into a pension, albeit a private pension not a state run like CPF. The government provided the legislation to set it up and the regulation on the way it is effected. At any point after 55, you can cash out of your pension but by law, you are required to purchase an annuity except for a small cash amount which you can spend, The law has now been changed; the purchase of annuity is no longer compulsory but nevertheless the vast majority continue to buy them.
The wilder of RETURN MY CPF! crowd says this is theft of private property by the government. Well this claim does not have the legal legs to stand on. Governments around the world legislate that your employer and you contribute to your pension and the same government can also legislate how you use your pension, One certainly don’t find the Aussies shouting THIEVES THIEVES! when the pay out of their superannuation has been altered nor you find the British protesting in front of Parliament RETURN MY PENSION!
Having said that. I do have serious issues with how CPF manage the retirement finances.
First off and I have written about this before. CPF takes an extremely conservative approach to pricing the LIFE payouts starting from age 65. Its assumptions are meant to ensure that the government need not spend a single dollar more than it had to, for our retirement income streams. But this only means that the income stream is lower than need be. And this is also likely to mean CPF generates a surplus from monies left when members deceased after 80. A more generous payout can be provided if CPF takes a less “kiaus kiasi kiabo” attitude.
Second is the sheer inflexibility of the LIFE payouts which makes CPF appear more like providing the equivalent of the British Basic State Pension, the tax based second pillar of British retirement funding. Given the huge changes in employment patterns seen in the last 10 to 15 years with more to come due to technological challenges, it is spurious to think many workers can expect to work until 65, retire and start receiving their CPF payouts. There are many who by choice or by force of circumstances like unemployment among senior workers and illness, will be out of work well before 65. It is a long time to wait for an income. Therefore CPF needs to be more flexible like the British employment pension, allowing the LIFE annuity income stream to kick in at any time from 55 onwards (of course, the earlier you draw the income, the lower that income will be but nevertheless still better than to wait until 65 when you have no income).
Third, the truth of the matter is that we need a two pillar retirement proposition. CPF ought to be structured as a flexible employment pension helping members to receive an income at whatever age they wish or are forced to retire. A basic state pension ought to be implemented to kick in at age 65 onwards to supplement CPF – this will be especially welcomed considering that many CPF accounts have been drained by high real estate prices and for those who had to retire well before 65, having to bear with low payouts. Thats not forgetting many women who never worked or left employment to care for their parents and / or children.
What is the cost of a basic state pension of $600 a month paying out from age 65, means tested to bottom 3 quintiles of income, i.e. middle income and below? $1.8b a year – which is less than 0.5% of GDP, just 3% of total government expenditures, less than 14% of the amount spent on defence and just 12% of the Net Investment Returns Contribution, the spending rule tapping the earnings from the reserves which I remind are largely built from elevated real estate prices and excess returns from investing government debt proceeds which includes CPF.
It is well within means. It is too small to cause fiscal drag, too little to affect the government fiscal sustainability objectives. RETURN MY CPF! rightly pointed to the discontent towards CPF but it is a case of seeing the target, shooting and missing it by a mile.
—
Republished from Chris Kuan’s Facebook.Follow us on Social Media