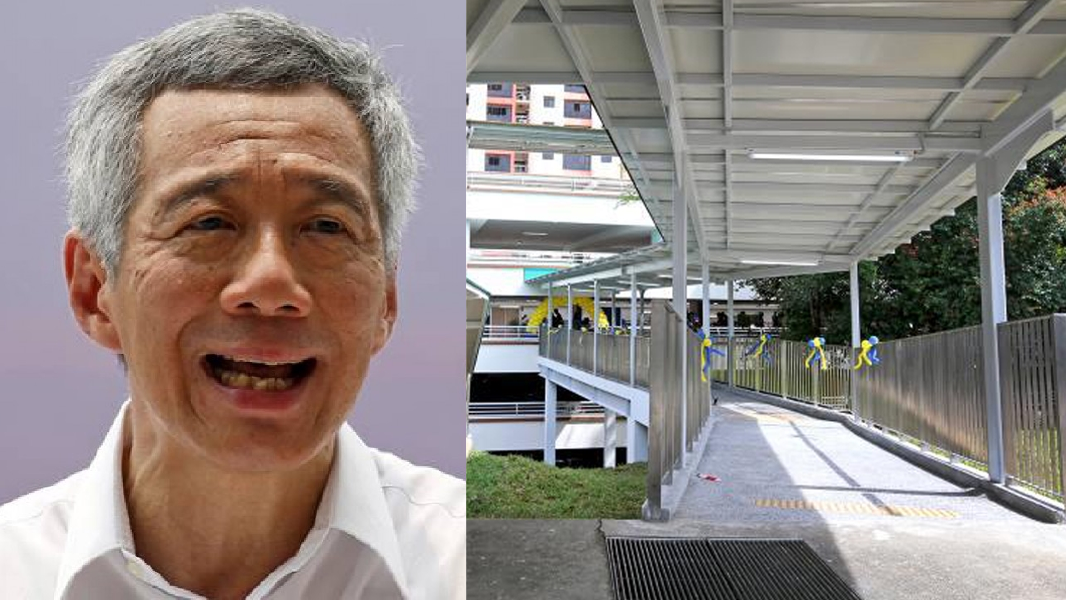 Residents from Ang Mo Kio GRC were allegedly asked to help fund a new $388,000 sheltered linkway that was built without the use of Government funds. Prime Minister Lee Hsien Loong, who is the leader of the GRC, unveiled the new linkway located in the Fern Spring and Fern View estates of the ward’s Sengkang South Division on 4 Nov.

The sheltered linkway connects residents in these estates to the nearby bus stop along Yio Chu Kang Road, besides linking the third floor Block 404 Fernvale Lane multi-storey carpark to the bus stop.

Residents have reportedly found the linkway useful since they would have had to climb a steep 40-step staircase in the past from the ground floor of the carpark to reach the bus stop, as most housing blocks in the estate built on a slope.

Touting that the linkway was built as part of a “community initiative mooted last year by grassroots leaders,” Health Minister Gan Kim Yong – another Ang Mo Kio GRC MP who directly oversees the Sengkang South Division – told the national broadsheet that construction for the $388,000 linkway was completed in late September.

The Minister indicated to the national broadsheet that the linkway will benefit the 1,600 households that live in the two estates as he said, “This is part of plans to make the neighbourhood more accessible for elderly residents and families with young children in prams.”

According to one local socio-political website, the linkway was built through the contributions of “residents, private donors and grassroots leaders”:

“Instead of seeking grants from the National Development Ministry, which disburses funds to town councils through the Community Improvement Projects Committee (CIPC), grassroots leaders decided to turn to the public for funds. Donations were sought from residents, private donors, and grassroots leaders.”Follow us on Social Media