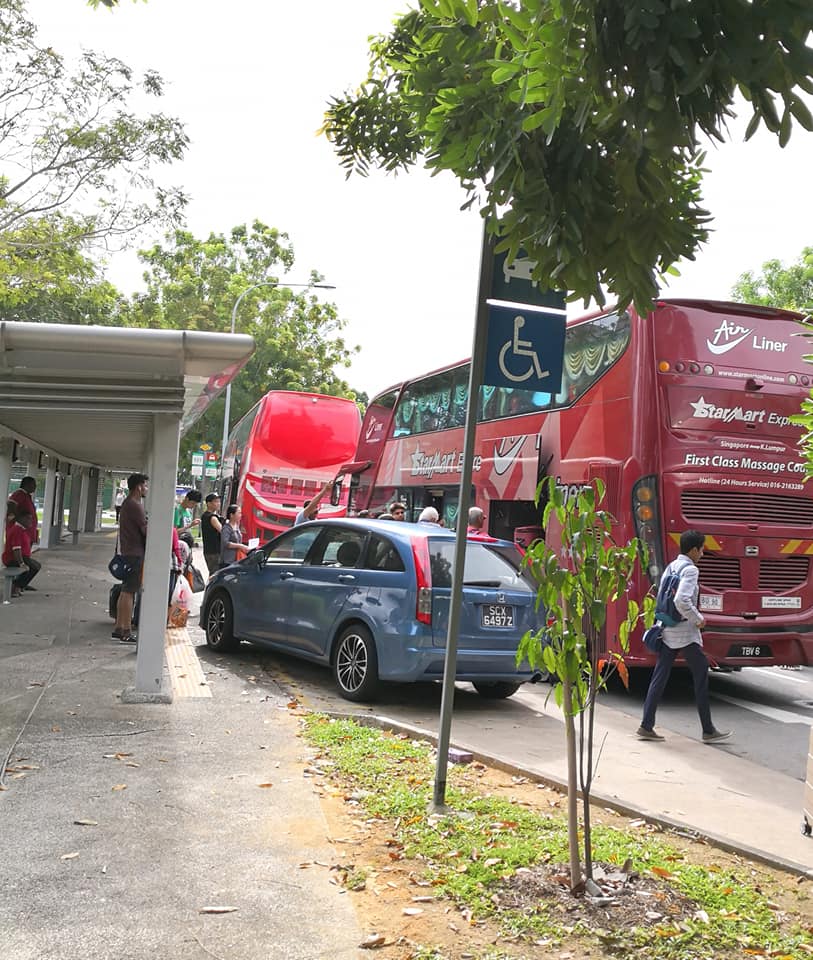 Calling the attention of the Transport Ministry, he pointed out that Starmart Express, a Malaysian bus company, were practically parking in an area of Republic Avenue, and were using that area for their own purposes.

He wondered if the transport ministry knew about this and were allowing it to happen.

“This morning, I boarded the bus at City Plaza at 9.15 to Malacca. Instead the bus headed for Republic Avenue where there were other buses parked along double yellow lines. Soon a few more came and the place became a depot where passengers were redistributed according to destination.
As a result the express bus for Malacca left one and a half hour s late.”

Mr. Kassim ended his post by writing, “I suspect Starmart does it on a daily basis under the noses of our Transport Ministry.”

Others hoped that this was just a random, and not a regular, occurrence.