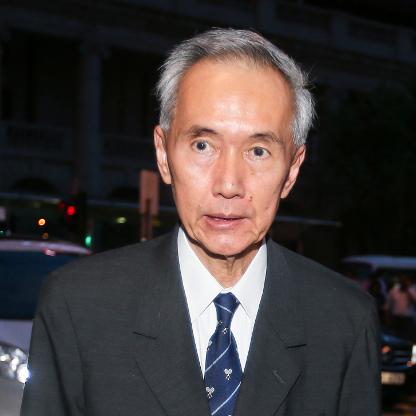 Real estate moguls Robert and Philip Ng are joint 112th on Forbes’ billionaire list. The duo came up tops among their countrymen for the 10th year running.

The real estate moguls had a combined fortune of US$12 billion (S$16.3 billion).

The group was founded by their father Ng Teng Fong, who moved from China to Singapore in 1934 and came to be known as “The King of Orchard Road”. Their Hong Kong arm, Sino Group, is overseen by older sibling Robert and his son Daryl, while Philip oversees the Singapore interests.

Other Singaporeans in the Forbes’ billionaire list besides the real estate moguls include Goh Cheng Liang, Zhang Yong, Shu Ping and Wee Cho Yaw. Shu Ping is the wife of Zhang, and Zhang was listed at No 13 on China’s rich list last year.

The list which counted the real estate moguls as top billionaires here said for only the second year in a decade, both the number of billionaires and their total wealth shrank, proving that even the wealthiest are not immune to economic forces and weak stock markets.

Asia-Pacific was hardest hit, with 60 fewer 10-figure fortunes. That dip was led by China, which has 49 fewer billionaires than a year ago. Europe, the Middle East and Africa also lost ground. The Americas, driven by a resurgent Brazil, and the U.S. are the only two regions that have more billionaires than they did a year ago. There are now a record 607 in the U.S. That includes 14 of the world’s 20 richest. Jeff Bezos is again number 1 in the world, followed by Bill Gates at number 2.

Even with strong headwinds, resourceful and relentless entrepreneurs found new ways to get rich: 195 newcomers joined the ranks. The richest newcomer is Colin Huang, the founder of Chinese discount web retailer Pinduoduo, which went public in the U.S. in July. Other notable new entrants include Spotify’s Daniel Ek and Martin Lorentzon; Juul Labs’ James Monsees and Adam Bowen, Kind Bar’s Daniel Lubetzky and cosmetics wunderkind Kylie Jenner, who is the world’s youngest billionaire at age 21.”

The Forbes’ list which counted the real estate moguls as top billionaires in the country comes after another research said that there is a robust demand for luxury homes in Singapore fueled by high net worth individuals and affluent foreigners.

The research by Orange Tee & Tie released in November last year said Singapore remains a top investment destination, adding that the ongoing US-China trade war may have also spurred some Mainland Chinese to park their monies here to hedge against the devaluation of the Yuan.

This, the Orange Tee research said, drove up the robust demand for luxury homes. It suggested that Indonesians may have also transferred their funds to Singapore as a hedge against further depreciation of the rupiah.

48.7 per cent of Indonesians, 42.1 per cent of Koreans, and 42.9 per cent of Taiwanese bought private homes above S$2 million. 15.4 per cent of buyers from Australia and The United Kingdom, 13.3 per cent of those from The USA and 11.5 per cent from Indonesia bought luxury homes at S$4 million and above.”

How to Secure the Best Home Loans Quickly

iCompareLoan is the best loans portal for home-seekers, buyers, investors and real estate agents alike in Singapore. On iCompareLoan, you will be able to find all the latest news and views, informational guides, bank lending rates and property buying trends, and research data and analysis.

Whether you are looking to buy, sell or refinance apartments, condominiums, executive condos, HDB flats, landed houses or commercial properties, we bring you Singapore’s most comprehensive and up-to-date property news and best home loans trends to facilitate your property buying decisions.

Our trademarked Home Loan Report is Singapore’s first one-of-a-kind analysis platform that provides latest updates of detailed loan packages and helps property agents, financial advisors and mortgage brokers analyse best home loan packages for their clients, so that they may give unbiased home loan/commercial loan analysis for their property buyers and home owners. Our distinguished Panel of Property Agents who are users of our Home Loan report can give the best all-rounded advise to real estate seekers.

All the services of our mortgage consultants are ABSOLUTELY FREE, which means it’s all worth it to secure a loan through us.