Some netizens are speculating that the Ready4Repeal movement’s decision to hold their townhall discussion at the Singapore Management University (SMU), instead of the Suntec Convention Centre as originally planned, may have something to do with the fact that local pastor Lawrence Khong holds his Sunday services at Suntec every week.

Khong, who serves as senior pastor of Faith Community Baptist Church, has a history of speaking out against LGBT relationships and for championing “natural marriage”. Just last month, Khong called on Singaporeans to gather and pray for the welfare of Singapore, especially since “natural marriage” and the state of the family is “under attack”.

It is not a stretch to imagine that many proponents of the movement calling on the Government to repeal Section 377A that criminalises gay sex will be against Khong’s views.

The movement has been gaining traction over the past month, with establishment figures like former Attorney General Walter Woon and distinguished diplomat Tommy Koh signing the Ready4Repeal petition that garnered a total of 44,640 signatures from Singapore citizens and permanent residents.

Yesterday, the organisers of Ready4Repeal’s townhall discussion said that Suntec had cancelled the venue booking on Wednesday due to “unforeseen circumstances”. Suntec staff, however, told reporters that the venue operator had no record of the event planning or booking.

The discussion is now set to be held at SMU, which has leased out its convention hall on a commercial basis. Interestingly, the founding and current chairman of SMU, Ho Kwon Ping, is one of the signatories of the Ready4Repeal petition.

Meanwhile, some netizens have pointed out that the decision to move the townhall discussion from Suntec as originally planned, could have something to do with Khong’s services being held there: 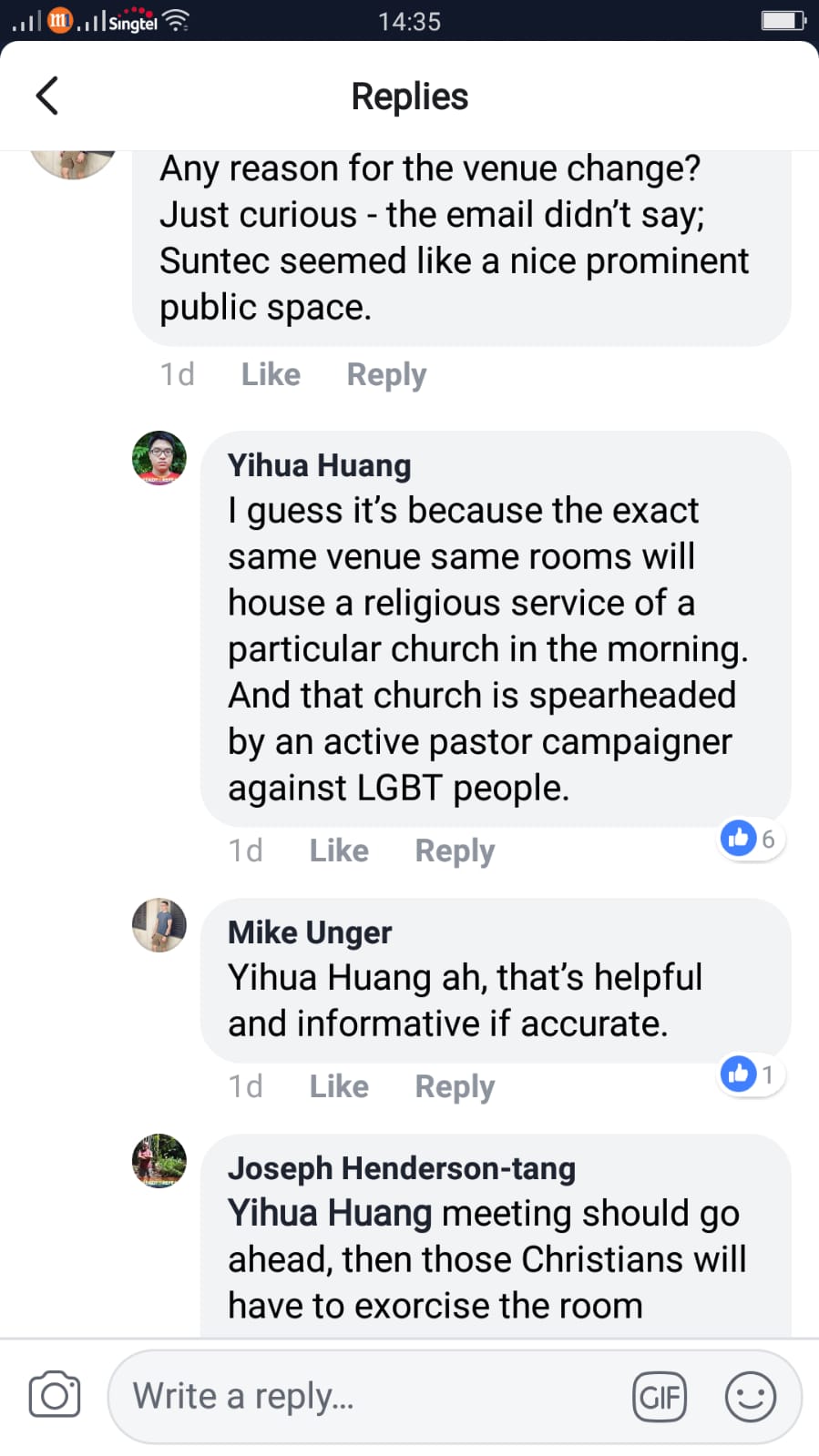 While admission is free, signatories who wish to attend are required to pre-register online.Follow us on Social Media