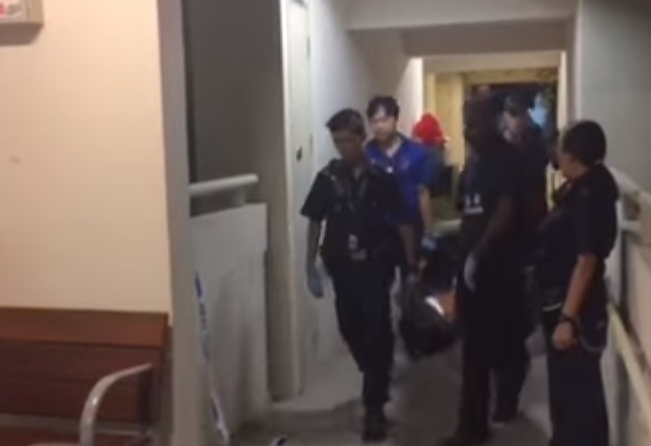 The newspapers yesterday (25 Sep) reported that a young man was arrested in connection with the death of a 61-year-old man at Block 152B Bishan Street 11. The young man (a 25-year-old), is believed to be the son of the dead man.

The Police said that they were alerted to the incident on 24 Sep and that the accused will be charged in court for the offence of murder. They further said that the 61-year-old was pronounced dead by paramedics at the scene at about 9pm, and that no visible injuries were seen on him.

What I was most troubled by is the report in TODAY newspaper. The paper said:

Mdm Susan Goh, who is one such representative, had visited the family twice this year and told TODAY the elder son is a divorcee with a young boy. The latter lives with the man’s ex-wife, said the 67-year-old programme coordinator.

Another representative, who wanted to be known as Mdm Fauziah, said she was “very surprised” by the murder.

“Before that day, I met the two sons and wife. They took the eldest son to some Malay treatment … because he has got anger issues,” said Mdm Fauziah, who is in her 50s. “The younger son just followed them.”

She added that in the last two years, she and other neighbours had called the police sometimes after the elder son began throwing things in the house, such as a television and a table.

“I called because I was scared he would throw more things,” said Mdm Fauziah.”

There are several reasons why the TODAY report is troubling because the RC members revealed very intimate, personal details of the dead man’s family. These details are unrelated to the suspect, who was arrested.

I hope the Grassroots Adviser will take such leaders to task and set the record straight.Follow us on Social Media