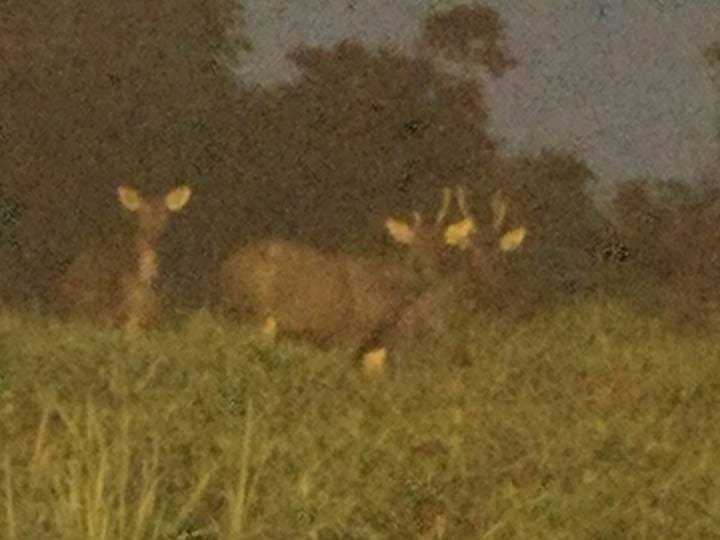 A netizen appears to have spotted a herd of the elusive Sambar Deer while riding his motorcycle yesterday evening.

Sightings of the Sambar Deer in Singapore are rare. Over the years, the deer has been spotted only a handful times, around Mandai Lake Road, Bukit Brown Cemetery, near MacRitchie Nature Reserve and Upper Seletar Reservoir.

“Sambar deer sightings have been reported for a number of years now. It has been known that they frequent the Mandai part of the Central Catchment Nature Reserve and has been reported as far south as Bukit Brown cemetery.

“The origin of this herd is not determined yet and the sambar deer population here is also not clear – possibly in the 20s.”

Interestingly, the Straits Times reported that the Sambar deer became extinct in Singapore by the 1940s, due to poaching and habitats destruction.

In 1947, Dr C.A. Gibson-Hill of the Raffles Museum shared with the publication that the Sambar deer “are plentiful in parts of Johor, but has not been observed in Singapore for a number of years. Their last stronghold was the Bukit Timah Forest area. A Sambar was last taken there about 1920.”

According to Ecology Asia:

“The Sambar deer (Cervus unicolor) is among the largest of Southeast Asia’s deer. The male has a head-body length of up to 2 metres and weighs up to 260 kg. The antlers of the male usually have three tines (points). They are found in small herds of up to four animals.

“The Sambar deer was once found in a variety of habitats but is now confined mainly to primary and mature secondary forests due to hunting pressure. It is more active at night, from dusk to dawn. It feeds on grass shoots, vines and fallen fruits.

“It is now found from India, Sri Lanka and Nepal through Burma, southern China and Indochina, to Malaysia, Indonesia and the Philippines.”