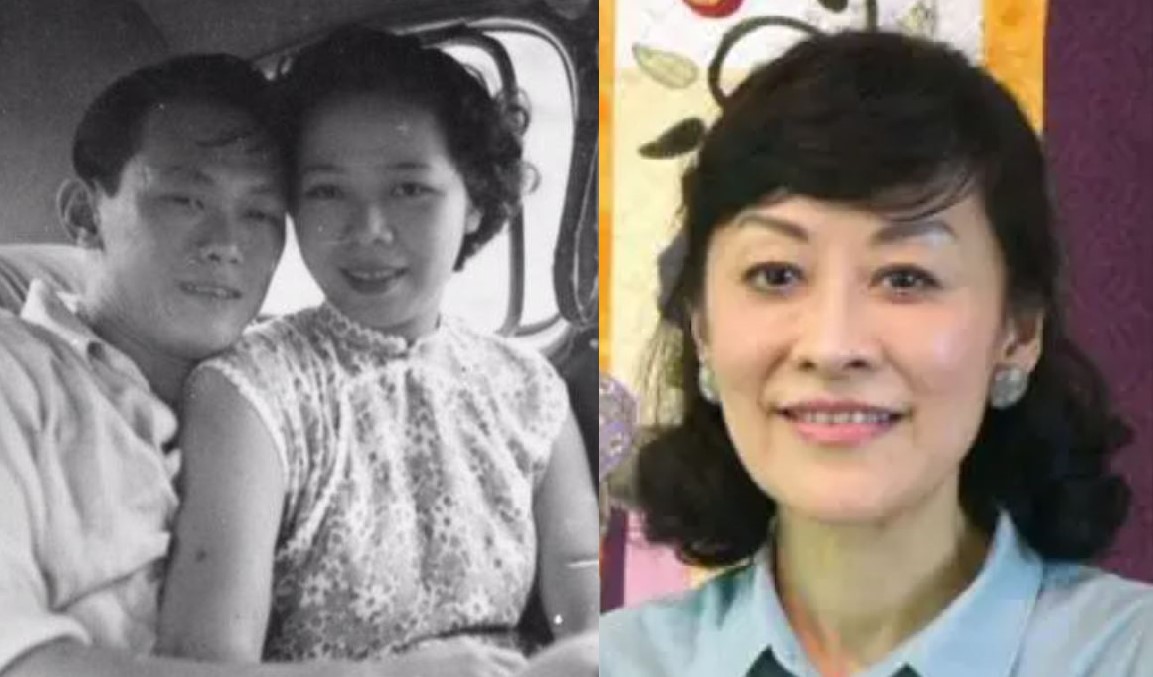 The connection went back to the time her father, Professor Lim Chong Yah, tutored Lee Hsien Loong, and later Hsien Yang, for their A-Level examinations. Romance bloomed between Hsien Yang and Suet Fern when they were both in Cambridge University. They got  married in 1981, mere days after she finished her final law exams.

Suet Fern told Yahoo’s Nicholas Yong: “Before I was married, my father-in-law and mother-in-law were incredibly courteous and very gracious.” She added, after a long pause: “They were lovely.”

She did not count on how “fierce, old-fashioned and imperious” her mother-in-law would be.

Suet Fern recalled feeling frightened of her mother-in-law when she and Hsien Yang were living in Cairnhill Mansions — just above Hsien Loong and his first wife Wong Ming Yang — after their marriage, when her husband was often away for military training.

She said: “I did feel a little isolated and unprotected. I confided that in Yang, that when I first got married, she (her mother-in-law) was quite frightening. Yang just gave me every assurance that it was him that I married and not his mother, and that he would always put me first.”

A turning point in Suet Fern’s relationship with her mother-in-law apparently came after Wong’s death due to a heart attack in October 1982. She said: “Thereafter, she was much more reserved and reticent and more careful.”

Suet Fern also revealed that she was irked by some of her mother-in-law’s advice after she had children: “I was often ticked off by her (but) not in a terrible way. And when I had my first two sons, this was her typical refrain, ‘You know Fern, you must raise your children like the queen. Leave others to raise your children, and inspect them every day at tea time’.”

The young mother even hid the fact that she nursed her babies due to her mother-in-law’s disapproval of breastfeeding. Suet Fern said: “She would say, ‘Yang’s fully bottle-fed and he turned out all right, leave them to maids and a bottle’.”

As for her relationship with her famous father-in-law, Suet Fern said: “I was very scared of him. In those days, I think everyone was terrified of him, more so me.”

One of the memories Suet Fern recalled was of her father-in-law constantly enquiring about her weight and even getting her to weigh herself when she visited his home, when she was losing weight during a particularly stressful time when she was juggling work and family duties.

She also recounted how her conversations with her father-in-law centred on how his grandsons were doing, particularly how they were doing academically in Chinese.

But Mr Lee’s softer side was also brought out when Suet Fern began a tradition of celebrating his and his wife’s birthdays at her home. She recalled, with a laugh: “Yang would typically cook, and I used to think his father was such a so-and-so. Poor Yang is in the kitchen, and I’d bring the food out, birthday dinner, and my father-in-law would say, ‘Oh, this is not very well done, send it back to be redone’.”

Recounting how her father-in-law enjoyed his food with candles, flowers and table service, Suet Fern said that he would drop hints as to what he wanted to be served and brought along wine or a small gift to her home during the birthday dinners.

She added: “He would always grumble that the children were rather noisy. But I think he liked having them around, and I do think he often felt it was his chance to let his hair down and he loved the bustle of the family.”

When asked about the relationship between her in-laws, Suet Fern said that Mr and Mrs Lee enjoyed a happy and traditional marriage. She remembered: “For ever so long, Papa was very fierce at home. He expected everything to be perfect. And not uncommonly, he would tick off my mother-in-law, even in front of me. She never answered back to him.”

Mr Lee became softer towards his wife after she suffered the first of a series of strokes in 2008, according to Suet Fern. Sharing that her father-in-law took care of his wife, cut her food to make it easier and helped her, she said: “I love that he was good to her. I have so many good memories from that time about how good he was to her.”

She also shared a sweet anecdote with Yahoo that provided a glimpse into how devoted Mr Lee was to his wife. When Mrs Lee summoned her husband to fetch a lipstick she wanted to show Suet Fern, “I said, No, no, Mama, I can get the lipstick. And she turned around and said, ‘No, let him do it’. And she said to me, ‘Maaanja!’ (Malay for ‘I want to be spoilt’)”

When he turned up with the lipstick, she chastised him for bringing the wrong one. “And so he’d go back, and she’d shout at him, ‘Don’t mess up my lipsticks.’”