Mr Leong's hard-hitting phrase has resonated with many when he said earlier “What’s the use of having a first-class economy but second class citizens?” 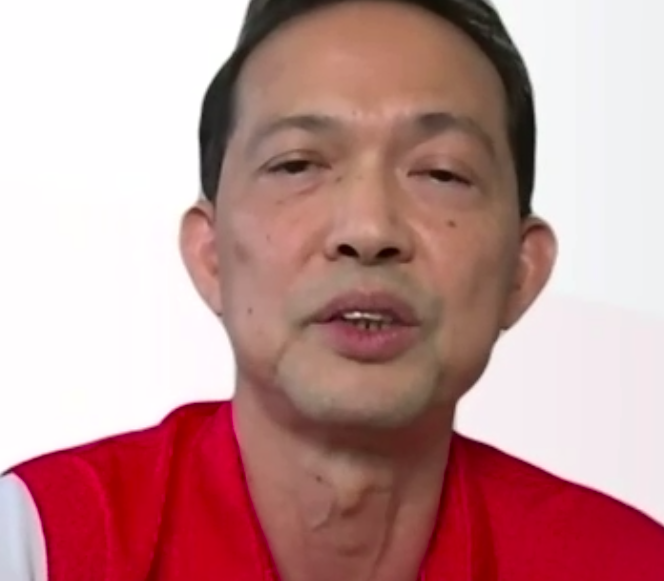 In yet another press conference on Friday (Jun 16), Dr Tan Cheng Bock of the Progress Singapore Party (PSP) introduced his final few candidates. 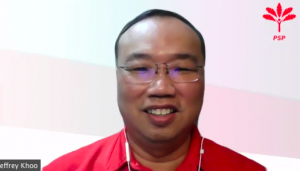 First up in the line-up was Mr Jeffrey Khoo, as introduced by party Secretary-General Dr Tan Cheng Bock.

Mr Khoo said that politics was never his main ambition, and that he considered himself to be “jut a normal person”. He hoped to provide an alternative voice in parliament, and to serve the common man.

He noted that only much later in life did he come to realize that many Singaporeans “have fallen through the cracks”. He added that during Meet-The-People sessions, he had seen many Singaporeans cry to him over very small amounts of money, and that had changed his perspective on issues. 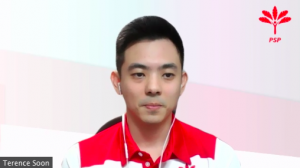 Introducing the next candidate as the “second-youngest” in the group, Dr Tan said that Terence Soon, in his early days ran an aviation business. He noted that Mr Soon ventured alone to America at the young age of 23 to learn and grow his business.

Calling Mr Soon “an inspiration for many many young Singaporeans”, Dr Tan said that Mr Soon currently worked as a pilot.

As someone who always took the “narrow, winding path”, Mr Soon said that he had never envisioned himself in politics. However, he said that he came to the realization that “politics is not a job, politics is a calling”. He came to join the party because of what he believes and his own principles. He urged all Singaporeans to step up with courage and to do what is right for the country. 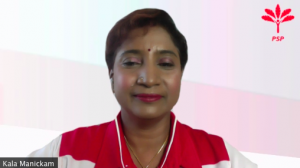 Calling on Ms Kala Manickam, Dr Tan said that she came across as someone who is “both articulate and engaging”. Ms Manickam currently serves as an adult-educator.

Adding that her parents were not financially well to do, she said that she pushed for her own education when her parents considered taking her out from school due to financial difficulties. Ms Manickam said that she believed in experiences, and that she joined the SAF as a Platoon Commander because it was her passion. She added that only after she joined the healthcare industry during Singapore’s fight against SARS, she came to realize that she wanted to help people. 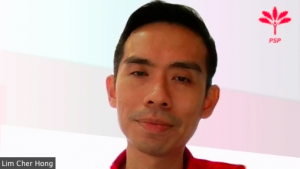 Introducing one Mr Lim Cher Hong, Dr Tan noted that he was a programmer-trainer for the Silver Service Office. Mr Lim led many volunteers who assisted seniors in maximizing government services and schemes.

Mr Lim said that joining an opposition party was never his intention, but when Dr Tan started the PSP, he added that he was very inspired. He was motivated by Dr Tan’s calling to “have the courage and to step forward”. He called PSP a “proposition party” that doesn’t just complain, but comes forward with better solutions. 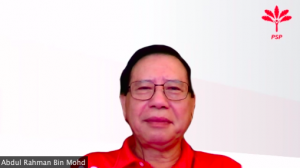 The PSP’s next candidate, Mr Abdul Rahman Bin Mohd came forward at a time when Dr Tan needed more people to be willing to put their names forth. Dr Tan said that Mr Abdul Rahman had to dislodge himself from a good lifestyle and good-paying job to come forward and help Singapore.

Mr Abdul Rahman said having been overseas and seen many different forms of governance, he felt that Singapore needed change. He said that he came back to Singapore and was looking for a party that could take care of its citizens. When he met Dr Tan, he added that he could see that they both had the same aspirations and were in tandem with wanting to make things right for the country. Having joined the PSP as a founder and Central Executive Committee (CEC) member, Mr Abdul Rahman said that an issue close to his heart was the income gap, and the need to narrow it.

He added that during walkabouts, he saw many Singaporeans who were displaced and far removed. “They are somewhat being neglected”, he said. He also called for an early intervention education. 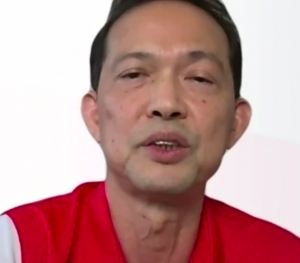 Mr Leong said that he wanted to do something more for the country and added that as a politician, it was a heavy responsibility he had to fulfil. He said that he along with all the candidates of the PSP took politics very seriously.

“What’s the use of having a first-class economy but second class citizens?” Mr Leong asked. He added that he urged Singaporeans to join the PSP in their cause. He said that he had no grudge with the past or present establishment, with many of the ministers being his schoolmates. He noted that his cause was to point out some of the issues to them, in order to bring about change and “not pretend that things are alright”.

Mr Leong said that “our winner takes all” electoral system means that the PAP will still form the government even after polling day. He called, “For fellow Singaporeans who share the same as I, they should feel free to vote with conviction and not fear”. /TISGFollow us on Social Media