Prominent opposition leader repeats claim that he has seen a UFO 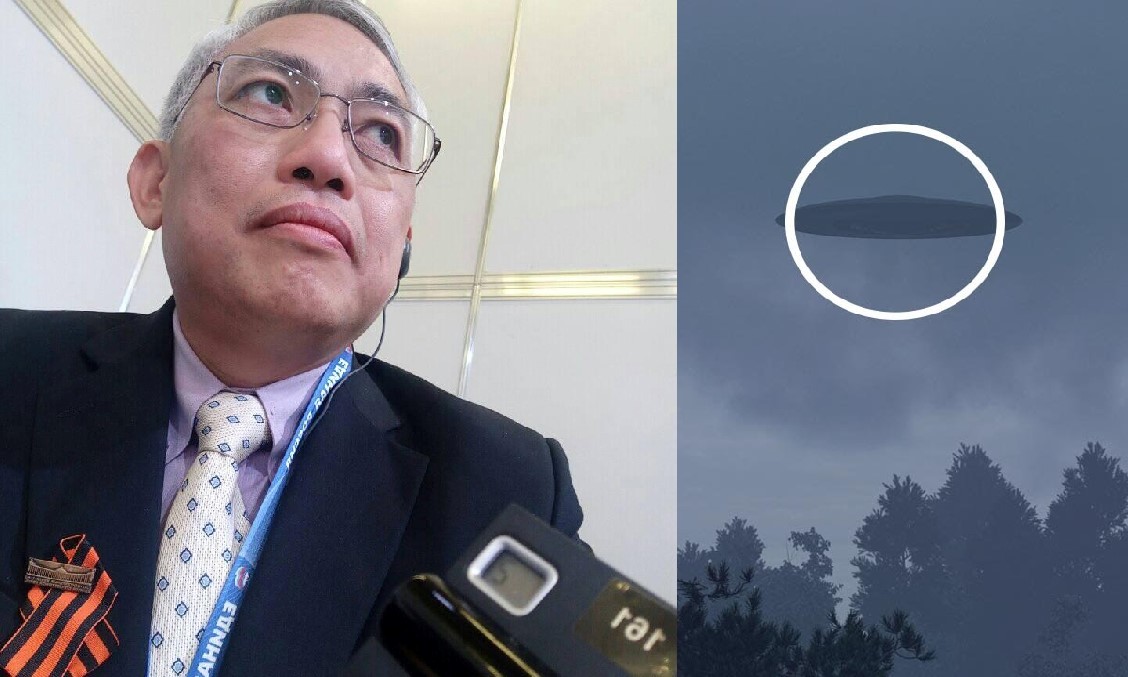 Prominent opposition politician Goh Meng Seng has repeated a claim he made years ago that he has seen a UFO. Writing on Facebook yesterday, the People’s Power Party secretary-general wrote:

“Back in 2000, I have seen an object masquerading as a cloud which was glowing and floating at a very slow speed. Before I could take out my camera to take a picture of it, it just zoomed away in extreme speed…astronomical speed, zipping through the evening sky.

“Such technology of speed is unknown to human civilization and that is why I believe there exists a more advanced civilization somewhere which is alien to Earth.”

Earlier, in 2011, Goh explained why he is a “UFO/alien believer.” Describing the UFO he claims to have witnessed, the opposition politician added that he believes there are two types of UFOs – one type is operated by real aliens, according to Goh, while the other type is “human made, by some countries like America or Russia”:

“Ok, I shall tell you why I am UFO/alien believer.

“I have witnessed what I believe to be an UFO, an alien object back in 1999 because no human technology can explain or did what that object did. I have written about it back then on soc.culture.sg.

“At a glance, it looks like a glowing white cloud floating in the air. It was oval in shape. It was floating just outside my windows. I was watching TV at that time.

“It caught my eyes because of its “glowing” nature and the way it moved, in a slow and steady movement which somehow looked “unnatural” to me. I tried to take a closer by moving to the window. Just a minute later, it just zipped and zoomed out of my sight within a blink of my eyes… I believe no human technology could make any object to move at such a great speed.

“Such image is still imprinted in my mind deeply. Just too bad I didn’t have any video camera back then to record the whole process. From then on, I always keep an open mind about UFO sightings. Some UFO sighting reports around the world coincide with my own witnessing experience… such objects just zip and zoom out of sight within seconds.

“Whether or not this news about the three gigantic spaceship is real, I really don’t know. Top travel from Earth to Pluto or Jupiter by a normal human space exploration crafts will take years… tens of years. If it takes only 2 years to reach Earth, it is already traveling at 20 times or more than human technology could do.

“Keep an open mind. In my opinion, there are two types of UFOs on Earth. Some are human made, by some countries like America or Russia. But these are the ones which could just fly at “normal” speed due to technological limitations. They may be in saucer shape, have the ability to hover around etc but do not have the technology of traveling at the speed of light. Those which could do that, most probably are alien types.”

Goh made his latest remarks as he linked to an article about how the Irish authorities are investigating allegations of UFO sightings by commercial airline pilots.

The Guardian and the BBC have reported that the Irish Aviation Authority was prompted to investigate after separate British Airways and Virgin Airlines pilots reported witnessing UFOs moving past their aircrafts.

The British Airways commercial flight pilot was left wondering about the origins of the object after reported that she saw a fast-moving object fly past her aircraft and was told that nothing showed on the radar.

Similarly, three pilots flying a commercial Virgin Airlines plane claim to have seen a “meteor or another object making some kind of re-entry” and what appeared to be “multiple objects following the same sort of trajectory — very bright from where we were”.

Despite speculation that the weird sighting involve some sort of alien activity, a spokesman for the Irish Aviation Authority said that it is unlikely that the incidents were caused by extraterrestrial creatures. He added that investigations are ongoing.

https://www.facebook.com/gohmengseng.freedom/posts/10215982699653511?__xts__%5B0%5D=68.ARCHlJuDLj6lCq17-OAi0UwMrKVz8g8tqrD6klGhW60AgS7aeN_sIyngaLxxdZ0KAJp7QGMTI-aBTYPAQCQSrG5jk7uWVXTTk6pPHqBKFMuT7VCeZ-BtqGyMkMq84XSxGYh7euROWnKzWGvqQCBBw8gJmacfY4O0nwn7GtZ688xfmFUzX7hOGLObJjibXYIWLO8ETty076vBhGJVeeOQes7HXzftOkdybWKY2D42FIqAewjAZCRU2CtNPYp-3rhSM1KxNgUI4X0L3cpK3adJoejZfG5BLJyCCICb91YWY7hJvPmHHBaJX28eCEU_mTXGFz79IXWLn2JdMxW9&__tn__=-RFollow us on Social Media