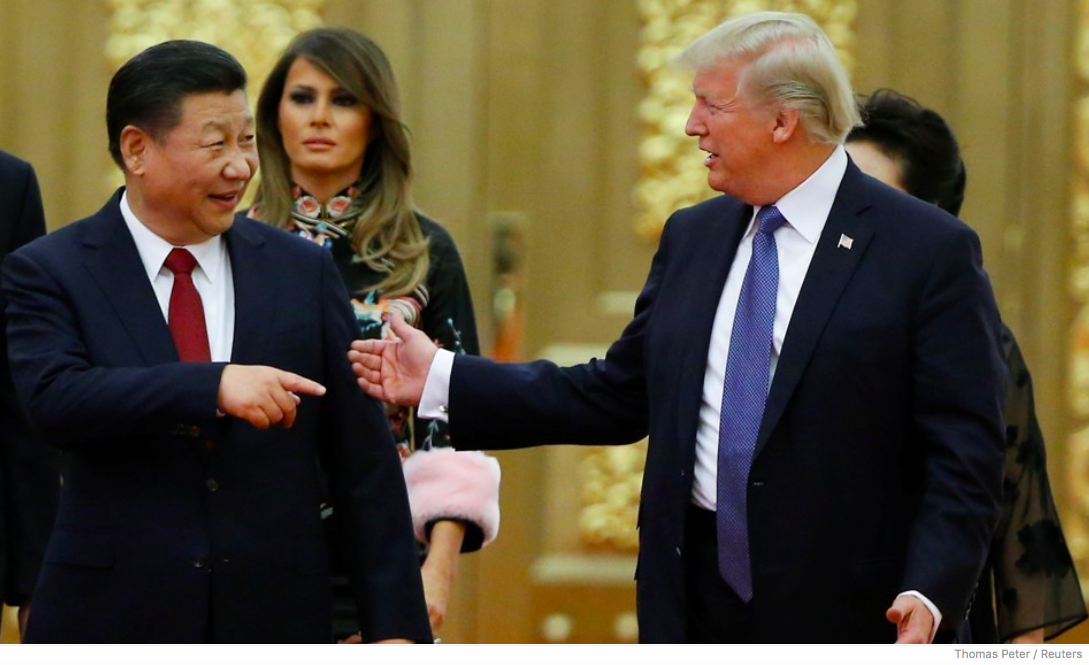 Recently, the move coming from the Communist Party of China to extend President Xi Jinping’s current term indefinitely was met by loud opposition both locally and globally. President Trump, however, greeted the news with admiration, calling China’s leader “President for life,” and saying, “and look, he was able to do that. I think it’s great. Maybe we’ll have to give that a shot some day.”

This was reported by CNN to have been said by Mr. Trump at his Mar-a-Lago property, during a fundraiser lunch. An audio recording of the President’s remarks has not yet been posted by the news outfit, and there is a possibility that the comments were made in jest, since their content is yet unknown.

However, these remarks are just next in a long line of complimentary comments and supportive remarks Donald Trump has made concerning other global strongmen. For example, in September 2016 Mr. Trump called Vladimir Putin, the President of Russia “a leader, far more than our president has been a leader,” noting that Mr. Putin has “very strong control” over his country, inasmuch as President Trump admitted that he does not like Russia’s system of government.

Donald Trump has been a longtime admirer of the Russian leader, expressing his praise for him long before Mr. Trump even said he would run for President of the United States, and well before there was any hint of Russian interference in the said elections. Mr. Trump’s approbation of Mr. Putin’s strong leadership in a nation where anyone who opposes Mr. Putin politically can run into serious trouble is in itself troubling. Reports from both the US State Department and Human Rights Watch show growing repression and control in Russia. Mr. Putin is expected to win the presidential elections again later this year, which shows that his strong leadership style will most likely continue unchecked.

Another strongman that Donald Trump has lauded publicly is Philippine President Rodrigo Duterte, who has received local and international criticism almost from the beginning of his term two years ago for the rising body count in his war against drugs. Last April, Mr. Trump said concerning Mr. Duterte, “I just wanted to congratulate you because I am hearing of the unbelievable job on the drug problem.” President Trump is allegedly in favor of meting the death penalty for drug charges in the US.

Thousands of people have died in Mr. Duterte’s moody campaign against drugs, a fact that has also been noted by the US State Department. According to the Human Rights Watch, “Duterte has plunged the Philippines into its worst human rights crisis since the dictatorship of Ferdinand Marcos in the 1970s and 1980s.” Even critics of the Philippine President have not been spared, and one of his most outspoken critics is now in jail for “politically motivated drug charges.”

Turkish President Recep Tayyip Erdogan has also received complimentary remarks from the US President. Mr. Trump claimed in September of last year that they “have a great friendship” and boasted that the US and Turkey are “as close as we’ve ever been … a lot of that has to do with a personal relationship.”

These comments came in the wake of Mr. Erdogan going after and suppressing members of Turkey’s media and civil society, as well as those who have dared to oppose him. The Turkish strongman has denounced certain individuals of participating in a coup plot against him in 2017. The US State Department has noted that Turkey’s citizens do not have regular pathways to obtaining due process and the Human Rights Watch has noted the backward steps Turkey has taken in the area of human rights as well. Moreover, despite Mr. Trump and Mr. Erdogan’s “personal relationship,” Turkey’s army has continued to bombard a town in Syria that the Kurds have control over, even if the US specifically asked that a 30-day ceasefire that the UN mandated be honored.

President Trump has also heaped praise on Abdel Fattah el-Sisi, the President of Egypt, saying that the two men are in agreement on many matters, and applauding Mr. Sisi for doing a “fantastic job in a very difficult situation.” He reiterated support for Egypt and her people, saying that the US has “believe me, backing, and we have strong backing.”

Mr. Trump made these remarks in April of last year, despite suppressive measures from the Egyptian government against dissent. A coup after the Arab Spring put Mr. Sisi into power. The US State Department has reported the overt use of force, problems in obtaining due process, and the quenching of civil liberties as the most pressing human rights issues in Egypt at the moment. Meanwhile, Human Rights Watch has called out the Egyptian government for its impunity as well as its “zero-tolerance policy towards dissent.”

It seems at though the US President admires how these strongmen wield their power. Though most governments in the western half of the world have fled the rule of law that strengthens institutions instead of people, Mr. Trump seems to prefer systems where individuals possess the bulk of power and authority, and perhaps wishes that he would enjoy such power and authority. In the past Mr. Trump has also lauded such authoritarian figures as Iraqi President Saddam Hussein, whom he admired for how well he killed terrorists, and Muamar Khadafy, of whom Trump said he believes Libya would be doing better today if Mr. Khadafy were still head of state.

Mr. Trump has also tweeted a saying from Benito Mussolini, the fascist former leader from Italy, and when called out for the tweet, said, “It’s a very good quote. It’s a very interesting quote… what difference does it make whether it’s Mussolini or somebody else?”

In the past Donald Trump also appeared to adopt the view of the Chinese Communist Party concerning the Tiananmen Square protests in 1989, saying that the vicious crackdown on the dissenters showed “the power of strength” and that what happened was merely a “riot.”Follow us on Social Media