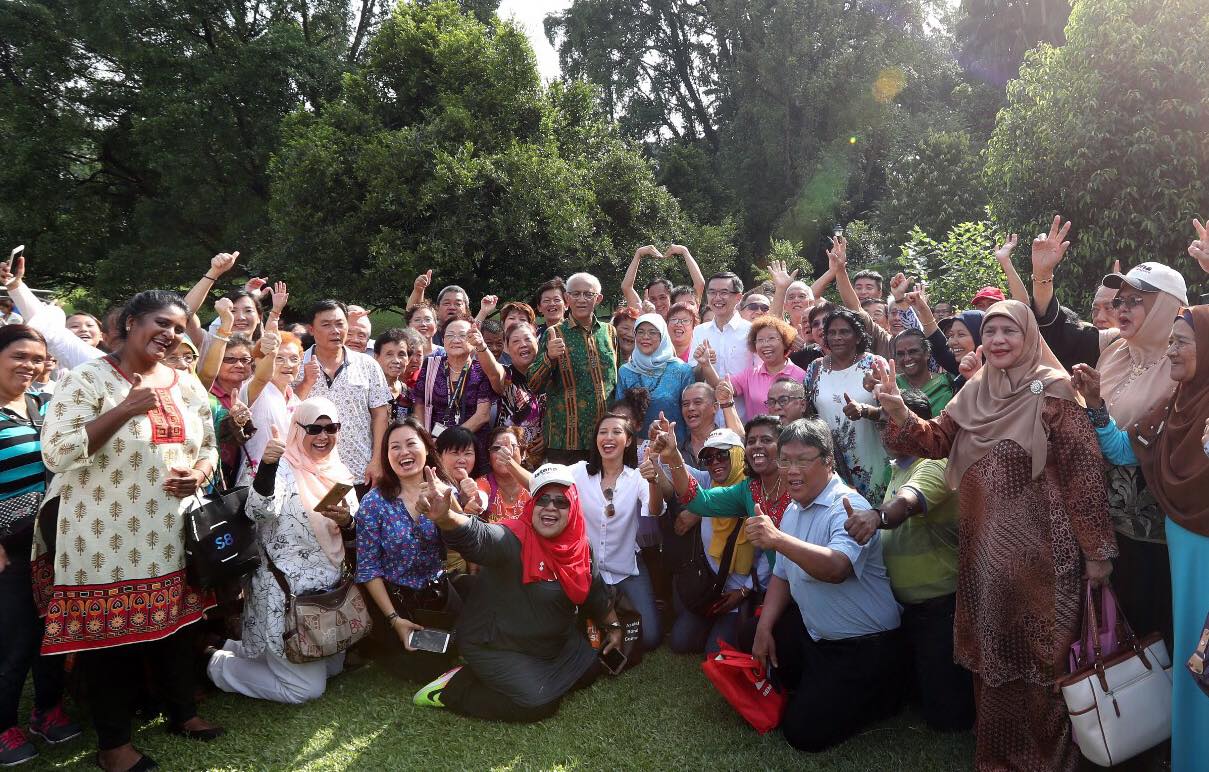 The Istana was open to the public from 830am to 6pm today and was held in celebration of Deepavali. Besides being welcome to go on guided and self-guided walks around the property, visitors were also treated to a wide array of activities like a display of birds by Wildlife Reserves Singapore, balloon sculpting, henna painting and music and dance performances, among other events.

The Deepavali open house is one of 5 open house events that are held at the Istana annually. The Istana is also opened to the public during Chinese New Year, Hari Raya Puasa, Labour Day and National Day.

Speaking to reporters at the event, President Halimah indicated that she is looking to introduce more opportunities for the public to visit the Istana, beyond the five open houses:

“That’s what I intend to do. I want to see the Istana becoming more accessible to ordinary Singaporeans.

“I also have ideas, which I am exploring with my colleagues, to come up with programmes to make it more accessible not just during the Istana opens houses five times a year but maybe other days as well.”

My husband and I were delighted to host our first Istana Open House and meet with many Singaporeans.First built almost…

President Halimah won the last Presidential Election via a walkover and was sworn into office on 14 Sept 2017. The election – which was reserved for candidates from the Malay race – and her win were steeped in controversy, since she was the clear establishment favorite, being a former elected Member of Parliament and Speaker of Parliament who vacated her roles just to contest the presidential race.

The President decided to continue living in her jumbo flat in Yishun after assuming office – a move which was widely criticised in several quarters due to security issues and inconveniences to residents in the area.

Despite the criticism, the President’s initial reluctance to move from her HDB jumbo flat caused more backlash from netizens. Some even reproached her for wasting taxpayer’s money to drive with security escorts from Yishun to the Istana, and back, every day.

The Ministry of Home Affairs (MHA) subsequently informed the head of state that security agencies face several challenges in ensuring her security and protection, if she continues to stay in her current home. President Halimah then accepted to move to a new place soon.

The online sphere was rife with speculation that her new residence would be a private property and not the Istana.