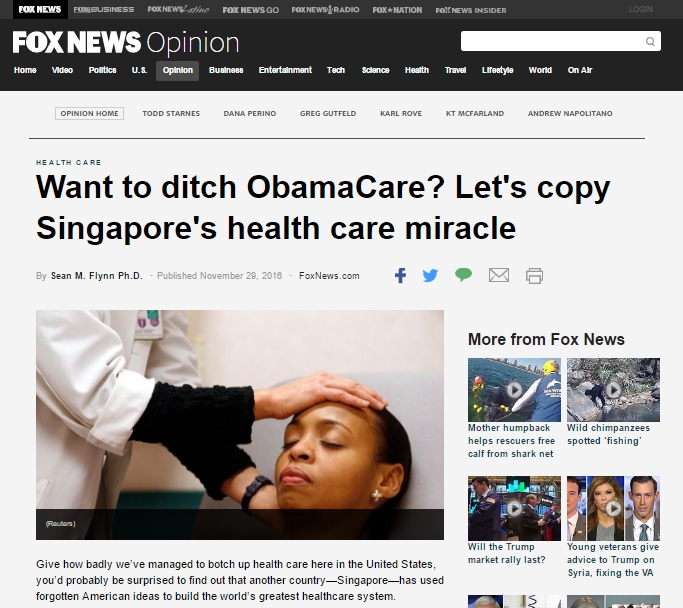 Fox News recently ran an article entitled Want to ditch ObamaCare? Let’s copy Singapore’s health care miracle which praised Singapore’s for having the “world’s greatest healthcare system” despite spending only 4.7% of its GDP on this area.

Just look at how many people can’t pay for their medical bills and may end up in the typical debt collection process? I believe nobody knows. But here are some startling statistics:

From the last available statistics given in a Parliamentary reply, public hospitals were then owed about $110 million, after writing off about $90 million in FY 2008, FY 2009 and FY 2010.

21% in debt due to healthcare?

In addition, about 21% per cent of Singaporeans who sought help from Credit Counseling Singapore cited healthcare costs as one of the reasons for getting into debt.

Also, why is it that a survey in 2013/14 found that some patients chose to die without treatment due to concerns about healthcare costs?

As Singaporeans contribute as much as 10.5% of their income to their Medisave accounts – we may from a cashflow perspective – arguably be paying the highest “implicit healthcare premium” (as a percentage of income) in the world.

Still not spending a single cent on healthcare?

If so, then from a cashflow perspective, we may still continue to be the only country in the world that is arguably, not spending a single cent on healthcare?