Police track down hit-and-run culprit who leaves injured cyclist in the middle of road, along with car plate 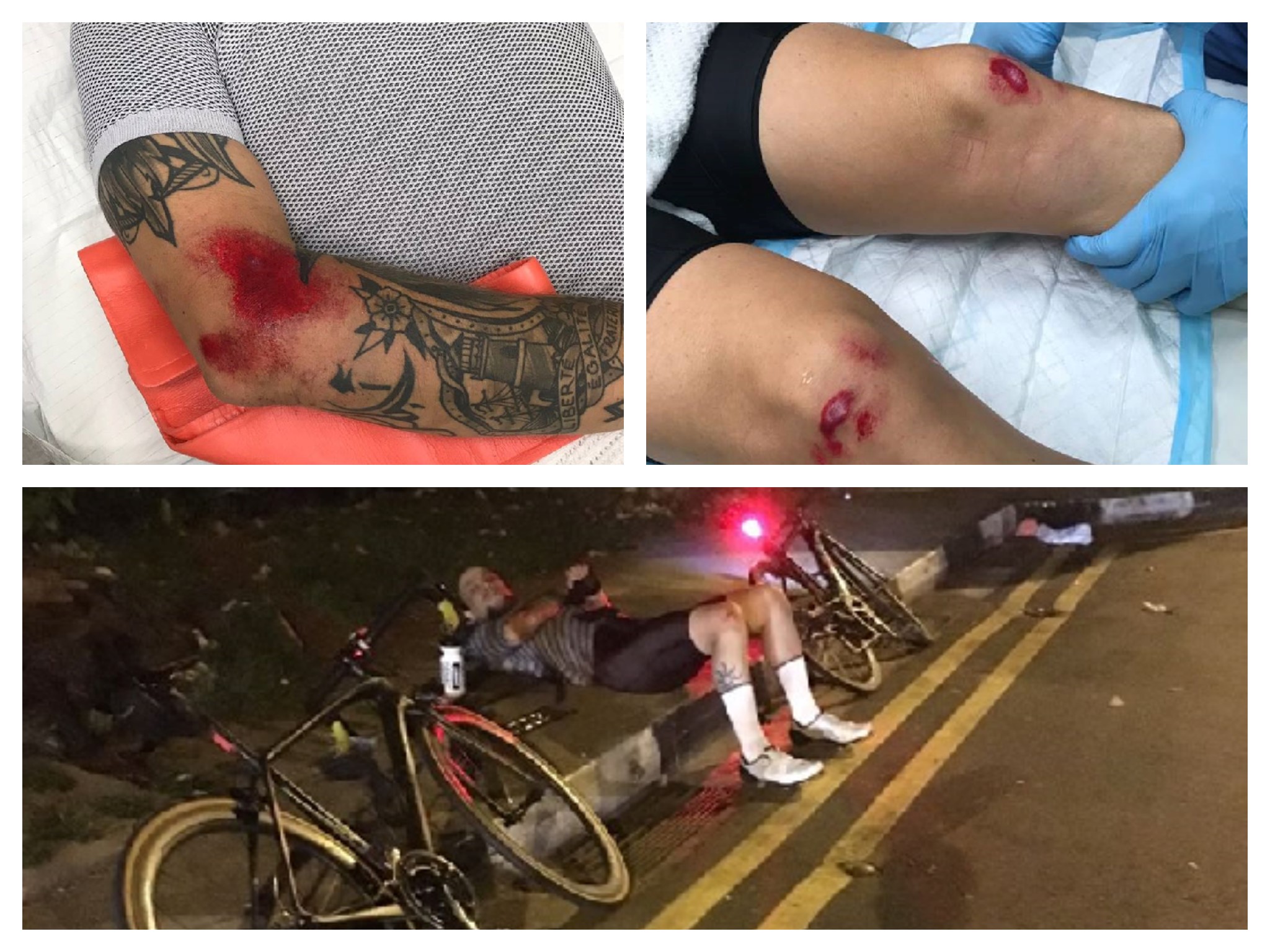 The police have apparently caught the culprit behind a hit-and-run incident that occurred along Nicoll Highway, last Friday.

A bicycle team member was cycling along the road, after crossing Java junction into Nicoll highway, to meet the rest of his team at their meeting point when he was hit from behind by the car. The member, Jorge Thauby, flew a few meters before falling onto the pavement. Shocked and in pain, he waved at the driver to alight and help him, but the driver sped off.

Helpless, the injured Jorge crawled to the side of the road to avoid being hit by oncoming traffic. When he recovered his bicycle, he realised that the license plate of the car that had hit him had become dislodged and was lying beside his bicycle.

Appealing for eyewitnesses to come forward, Jorge – who suffered a broken right elbow, and injuries on both knees and his back – recounted on Facebook:

“On my way to the meeting point with The Cranks, my bicycle team, after crossing Java junction with Nicoll highway I was hit from the back by a car.

“I flew a couple of meters until I reach the pavement. Since it happens from behind, I didn’t have time to be aware of what was going on, and after the initial shock, I realized I was on the floor in the middle of the road.

“The car who hit me was on my side, and I waved the driver asking him for help. He decided to run away, leaving me in the middle of Nicoll highway, helpless and in pain. As I could, I crawled to the side of the road to avoid being run over by other cars, at that point my bicycle was still in the middle of the road, so I decided to come back and get it out. When I did that, I realize that a part of his plate was beside my bicycle. Unfortunately, the first two numbers are missing.

“As consequence of this, my right elbow got broken, both of my knees are injured along with my lower back and an overall pain in the body due to the impact.”

Jorge later updated that the police have apprehended the culprit and that investigations are ongoing:

“The police have found the Car/driver, and the investigation should be over within the next weeks.

“I am still recovering, my elbow hurts, but slowly everything is coming back to normality.

“Through this process, I have received help from many people, some of you that didn’t know me before my accident. I only can say thanks so much.’

PLEASE HELP US FIND THE HIT AND RUN DRIVERDear friends,Last Friday (29th of September) as some of you know I had an…