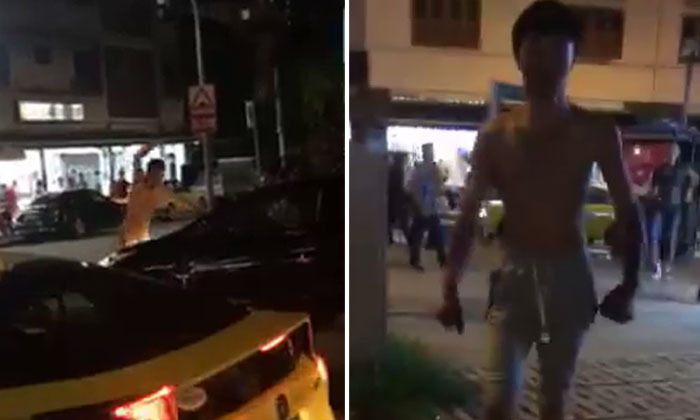 A 28 year old Chinese male was arrested on Sunday (Sep 2) at Geylang Lorong 18 around 8.50pm. The shirtless man appeared to be in a strange state of mind, forcing moving vehicles to come to a halt as he stood in front of cars and harassed the drivers.

A video showing the man’s antics has been going viral online:

In one instance, the shirtless man ran towards a taxi and dramatically falls to the ground when the taxi comes to a stop. The shirtless man then decided to do the same to other vehicles and drivers.

The shirtless man was also seen challenging the drivers while his arms are raised in the air in a boxer-like manner. The culprit then proceeded to intimidate those on the sidewalk before harassing a taxi driver.

The Police stated that they arrested the man after receiving a call from a member of the public at 9.11pm. Investigations are ongoing.Follow us on Social Media