Prominent blogger Leong Sze Hian’s defense lawyer has revealed that they are planning on  applying to strike out Prime Minister Lee Hsien Loong’s defamation claim, after both sides met for the first pre-trial conference in the High Court, this morning.

According to CNA, Drew and Napier’s Davinder Singh, who is representing PM Lee, reportedly told the court that they have applied to strike out the counterclaim by Leong, “on the ground that it has no basis in law and is completely hopeless”. 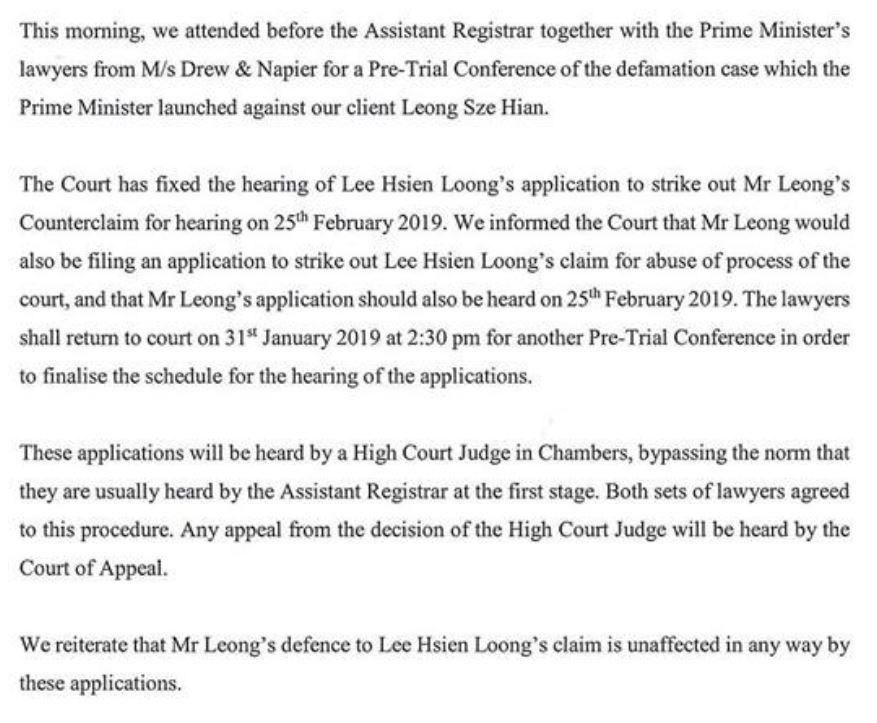 Both sides will return for another pre-trial conference on 31 Jan, before a judge hears both applications to strike out the other’s claims on 25 Feb.