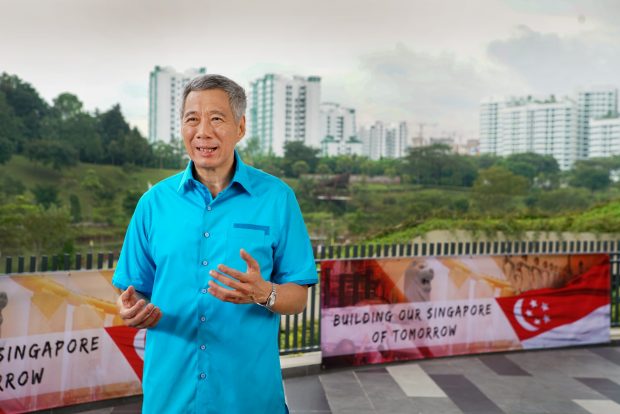 Yesterday, in PM Lee’s National Day Message, he mentioned that Singapore’s society is changing, and its unity will come under new strains.

“How do we make sure Singapore continues to have clean and constructive politics, and effective and stable government? How do we avoid the pitfalls of populism or political gridlock?” he asked.

“Other countries, facing similar challenges, have run into trouble. In multi-religious societies, terrorism has caused distrust and tensions. In many advanced economies, growth is disproportionately benefiting a minority of the population. In cities across the world, graduates struggle to find jobs and young couples can’t afford homes.”

He said that as a result, extreme views and parties are gaining support. The extreme parties do so by expressing voters’ anger at their governments, and frustration with the way things are. They are not offering better solutions, Mr Lee said.

Hence, politics has become divisive and angry in many countries with voters losing faith in moderate parties, he noted.

“The Brexit referendum was a vivid example,” he said.

Indeed, one of the main reasons driving the British people to vote for UK to exit EU is due to excessive immigration into UK.

Before the EU was created in 1993, immigration wasn’t a big concern in the UK. Net migration was less than 100,000 annually. After joining EU, however, things changed.

“Between 1993 and 2014 the foreign-born population in the UK more than doubled from 3.8 million to around 8.3 million,” two Oxford researchers noted. “During the same period, the number of foreign citizens increased from nearly 2 million to more than 5 million.”

Between 2004 and 2014, when immigration to the UK really took off, the percentage of migrants entering the UK from Europe spiked. It went from a little over 25 percent to a little under 50 percent, which means that Europe has driven a lot of the recent rise in the UK’s immigrant population.

The big recent rise is because the EU started to expand in 2004 to include mostly post-communist countries in central and Eastern Europe. These countries are poorer, which means that when they joined EU, the Eastern European citizens were more likely to move out to find work in richer countries such as the UK. Indeed, Poland is now the second-largest source of immigrants to the UK, just behind India.

Also, the 2008 financial collapse and subsequent eurozone crisis impoverished some historically wealthier countries such as Spain, Italy, and Portugal. As unemployment rose in those countries, their citizens started to look to other EU nations for employment opportunities. The British labor market was relatively easy to break into, and lots of people across Europe speak English, so it was a natural target for these poorer southern Europeans.

And as a result, the number of EU-born people living in the UK reached over 3 million by last year.

It also resulted in the EU becoming inextricably linked with immigration in the minds of a lot of Brits. They weren’t used to mass excessive immigration, but since joining the EU they’ve been getting a whole lot of it. Immigration thus became a contention point during the Brexit campaign.

How can Singapore be different?

“Singaporeans are coming together to solve problems and get things done, from developing Pulau Ubin to charting our future economy. We are fine-tuning our electoral system, to make GRCs smaller and create more SMCs. The Constitutional Commission is studying improvements to the elected Presidency, to make it a more effective unifying institution and a stabiliser,” he said.

“However, the most fundamental factor in keeping Singapore exceptional is not good plans or adequate resources; it is whether we remain united. It is our shared resolve to tackle challenges together that determines whether we succeed, and whether our children have a brighter future.”

And how do we remain united? He gave examples of Singaporeans spending time with the elderly and the disadvantaged, and helping the disabled get around.

“This year, many Singaporeans have participated in SGfuture and launched projects to make Singapore better – to become a more caring community, to encourage one another to learn and share skills, to build a cleaner and smarter home. These projects all reflect the spirit of service, the willingness to commit time and energy to make a better home for all,” he said.

“This is what unity means… it’s the iron resolve to hold together, despite the challenges, despite the sacrifices we have to make. It was our forefathers’ determination to be ‘one united people, regardless of race, language or religion’, that drove them to transform Singapore over the last 50 years. This same resolve will carry us through the next 50.”

He asked Singaporeans to reflect what unity means in this National Day.

And finally, speaking at SAFRA’s new Punggol clubhouse, he also used the Punggol estate to show unity. He said, “You can see the Singapore that we are building together. The HDB homes, the Punggol Waterway, the NSmen and their families, the community – all testify to how much we can achieve when we work as one.”

But he did not mention anything about the mass immigration policy adopted by his government, which has also divided the Singapore society in recent years.