Philip Yeo thrashes wedding dinners – and don’t we all agree! 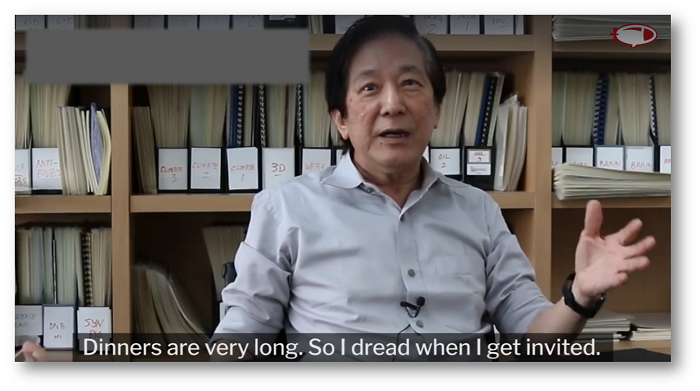 We have all been there – the stress in deciding how much ang pow to give, and then you go early and it’s a ghost-town restaurant, and you wait for the dinner to begin, and then you find that you are seated at the table with complete strangers, making the entire evening an awkward one.

Yup, we are referring to wedding dinners in Singapore.

We have all been there and we have all felt that way, but no one has actually said it out loud. Well, not anyone of note anyway.

Philip Yeo, the economic czar who helped build much of Singapore’s economic miracle, especially under the Old Guard Cabinet, has – in his own inimitable way – expressed the frustration we all feel about this social gathering thingy.

“Chinese dinner, they show all the baby photos and all, they praise each other, wah it’s a torture,” Mr Yeo said in a video by Mothership. “It’s very unproductive. We are not getting married, they are getting married. Why should we suffer all those? Dinners are very long. So I dread [it] when I get invited.”

“There’s a lot of wasted time, energy, attending wedding dinners,” said the man who recently had a book about his exploits in Public Service published. (See here and here.)

Well, you got to watch it for yourself…

Philip Yeo proposes a strategy to increase Singapore's productivity: change how we do Chinese weddings.(Btw, our Almost Famous interview with him here: http://mothership.sg/2017/05/philip-yeo-thinks-civil-servants-should-stop-worrying-about-their-careers-start-getting-sht-done/)