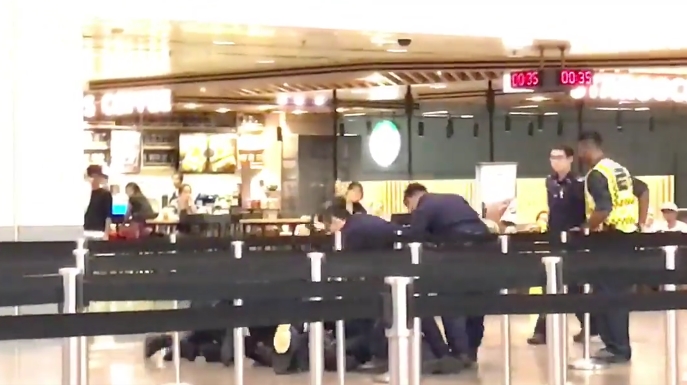 Remember Jason Peter Darragh? He is the 44-year old Australian man who fought with Singapore police officers in Changi Airport in April, before he was finally taken down (literally) by several officers. (See TISG’s earlier report here.)

Darragh, who is reported to have been drunk during the incident, has since been slapped with 11 offences relating to the altercation. He is currently out on $20,000 bail and will be back in court tomorrow, 19 May.

There is a possibility that Darragh will be sentenced to be caned under Singapore’s no-nonsense stance on crime, especially one which involves assaulting police officers, as Darragh apparently did.

Since Australian news reported the incident, the reaction from Australians, at least going by their response online, seems to be quite supportive of Singapore’s tough anti-crime regime.

In fact, some Australians feel their country should learn from Singapore, and even bring back caning for offences committed there.

Here are a few samples of the reaction from the public in Australia:

Singapore has often been described as a “Nanny State”, where the government is said to intrude into every aspect of a citizen’s life. It also implies that Singaporeans are mollycoddled so much so that they cannot function without government guidance or dictates.

Well, as far as crime is concerned, Darragh will find that no one is going to be soothing his behind if or when he gets caned.

If you missed the 31/2 minute video of the incident, here it is again.