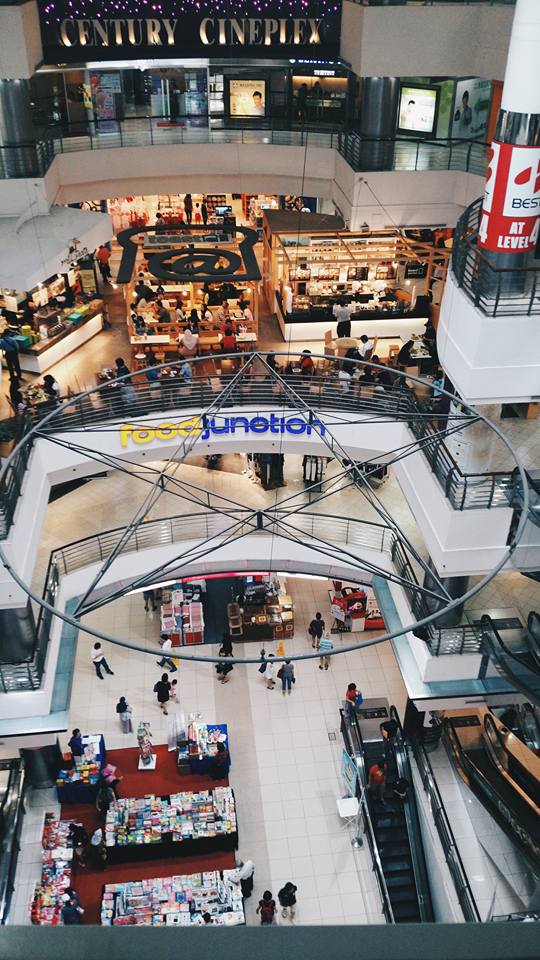 Facebook user Lam Perry shared the picture of a huge five-pointed star in the Century Square Mall in Tampines. He captioned his picture: “Only in Singapore can you hang a GIANT ASS PENTAGRAM in the middle of a shopping mall and no one bats an eyelid. ‪#‎heavymetal‬‪#‎princeofdarkness‬”

Several of Perry’s friends commenting on the picture said that the diagram was satanic. Others said jokingly that it was a portal to hell.

Lawrence Khong is perhaps the most well-known defender of the fundamentalist, evangelical Christianity in Singapore.

The pentagram is frowned upon by some Christians. One website, christian-restoration.com, claims:

“The Pentagram takes many forms and is used by New Agers, Freemasons, Ladies of the Order of the Eastern Star, the Mormon Church, the Orange Order, satanic heavy metal bands, plus major occult groups such as the Golden Dawn. Celtic priests called it the witch’s foot. In the middle ages it became known in Britain and Europe as the goblin’s cross, the devil’s sign and the wizard’s star. Among the Druids of Great Britain, it was the blasphemous sign of the Godhead. Amongst the people of Babylon it was a magical charm. It is used extensively in Black magic and can be used in three ways. The star may be broken at one point by not permitting the converging lines to touch. It may be inverted by having one point down and two up, or it may be distorted by having the points of varying lengths.

When used in Black magic, the pentagram is known as ‘ the sign of the cloven hoof’ or the footprint of the devil. The star with two points upward is also called the ‘Goat of Mendes’ because the inverted star is the same shape as a goat’s head. When the upright star turns and the upper point falls to the bottom, it signifies the fall of the Morning Star.”

The five-pointed star with a circle around it is actually not a pentagram, as some commenters to Perry’s picture have assumed. It is actually a Pentacircle, and in feng shui it has a positive significance.

According to the website fengshui-remedies.com, the Pentacle is known as the Star of Life in feng shui. It is used for banishing negative energy and for boosting positive energy. The website further said that the diagram is “extensively used in both East and West, cutting across multiple continents and civilizations, this ancient Sacred Symbol is at least 8,000 years old.”

Chinese businessmen in Singapore believe in the positive energy good fengshui would bring to their business. That is the reason why there is a fountain of wealth in Suntec City. Also in 2008, the Singapore Flyer changed the direction of the world’s biggest observation wheel because feng shui masters said it was taking good fortune away from the city.Follow us on Social Media