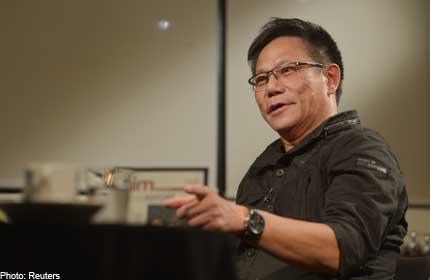 In a message addressed to Catholics, the head of the Roman Catholic Church in Singapore, Archbishop William Goh, has said that he has grave concerns, even outrage at the performer’s disrespectful use of Catholic and other Christian symbols during her performances.
He urged Roman Catholics to not stay neutral, but to boycott the performer’s upcoming concert on 28 Feb.


Senior pastor of Faith Community Baptist Church, Lawrence Khong, has come out to support the Archbishop’s call to his flock to boycott the artist’s performance later this week.
In a letter sent to the head of the Roman Catholic Church Khong said that he fully supported the Catholic Church’s statement. The pastor who is also the chairman of LoveSingapore, a network of about 100 churches, said Archbishop Goh has given his “flock sound counsel on the right response to ‘anti-Christian and immoral values promoted by the secular world’”.
The National Council of Churches of Singapore (NCCS) meanwhile has said that it is ultimately up to the public to decide if they would attend the concert.
Reverend Dr Ngoei Foong Nghian, general secretary of NCCS said that the organisation has highlighted their concerns to the Government in December, and that it hoped that “the authorities will be cautious with performers who are not sensitive to racial and religious issues when they apply to hold concerts in Singapore.”
NCCS had in 2012  voiced its concerns over Lady Gaga’s concert here, pointing to the profanity and blasphemous content of her performances.
The Government has reassured these religious groups that any attacks or denigration of any religion will not be tolerated in Singapore, and that there are clear laws setting this out.Follow us on Social Media