Cabby, who suffered fractures to his nose and rib cage, warded for further examination 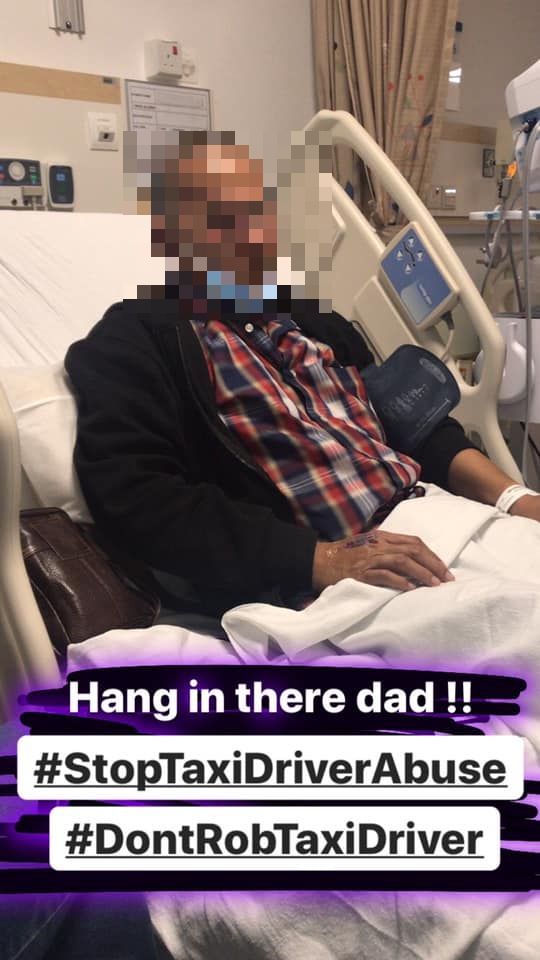 Singapore — An attack on a taxi driver was recounted, together with some photos, by his son Taufiq on Facebook on Thursday (Feb 20).

The taxi driver had picked up a man from the taxi stand at the Hougang Bus Interchange. The man wanted to go to the casino at Resorts World Sentosa but said he had forgotten some of his belongings at home and asked to be taken there first. He did not give an address but told the taxi driver that he would direct him there. The taxi driver was told to stop when they got to a bus stop along Hougang Avenue 6.

The man suddenly reached from behind the driver’s seat and attempted to strangle the driver. There was a struggle and the driver managed to bite the passenger’s hand. The passenger then exited the taxi, opened the driver’s door and started to punch him in the face. The driver tried to unbuckle his seat-belt but felt too weak to do so. He was also in shock. After being punched 4 to 5 times, the taxi driver sounded the car horn to try and  alert passers-by but there was no one in the area. The attacker then switched off the engine before pulling out the car keys and flinging them across the dashboard. He the fled.

Taufiq said his father called the police and that officers were on the scene in 10 minutes. His father was taken to hospital by ambulance. He suffered fractures to his nose and rib cage and was warded for further examination. He was also interviewed by an investigating officer from the police. The attacker, who spoke with a local Chinese accent, was described as being in his mid-30s, tall and muscular. He had gold-coloured hair, and wore a white top, blue jeans and a pair of shoes.

Taufiq shared his post with the hashtags StopTaxiDriverAbuse and DontRobTaxiDriver. He also for witnesses to step forward and help the police with their investigations.  Below is Taufiq’s Facebook post.