The Independent Singapore News
International Business & Economy Pasir Ris One - One developer is headed by CCC Chairman the... 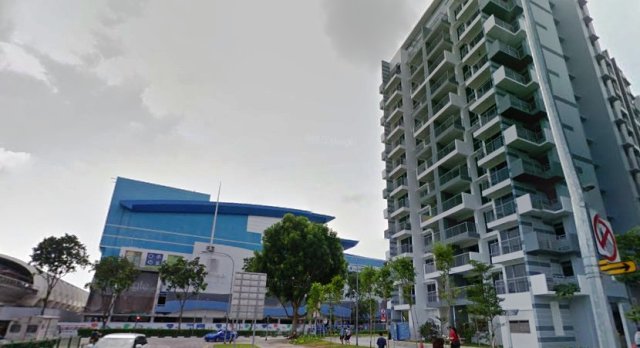 Since its launch in the middle of last year Pasir Ris One has been plagued by many problems with residents complaining that their flats were smaller than what they had expected and of shoddy workmanship.
In their latest attempt to get the developers to rectify the defects in the Design, Build and Sell Scheme (DBSS) flats, the residents have appealed to Deputy Prime Minister Teo Chee Hean, who is the MP for the division in Pasir Ris-Punggol GRC, to intervene on their behalf in asking the developers to extend the defect liability period of their flats. According to HDB rules, homeowners have one year to inform the developer of any defects.
The 447-unit development is one under the DBSS, and consists of three-, four- and five-room flats. The purchase prices of these homes are reported to be between S$390,000 to S$470,000 for 3-room flats, and S$550,000 to S$670,000 for 4-rooms (See here).
Pasir Ris ONE is a joint project between Singhaiyi Group and Kay Lim Holdings. The major shareholder in Singhaiyi Group is Tang Yigang @ Gordon Tang, a Chinese national, He is also the Group’s Non-Executive Director. His wife, Chen Huaiden @ Celine Tang, is the managing director of the firm. She is also a Chinese national.
In April 2013 Singhaiyi appointed the younger brother of former President of the United States, Neil Bush, as its non-executive Chairman.
Mr Bush was involved in a business controversy in the late 1980s when he was director of Denver, Colorado-based Silverado Savings & Loan, which collapsed at a cost to taxpayers of $1 billion. He denied any wrongdoing, but was sanctioned by the federal government for his part in the failure.


Kay Lim Holdings on the other hand is headed by Tng Kay Lim. He is the grassroots leader who holds a public service star medal (BBM). According to the online news site themiddleground, Mr Tng is the CCC Chairperson for the Paya Lebar division in Aljunied GRC. He is also the Chairman of Hong San Temple and a committee member of the Taoist Federation (Singapore).Follow us on Social Media