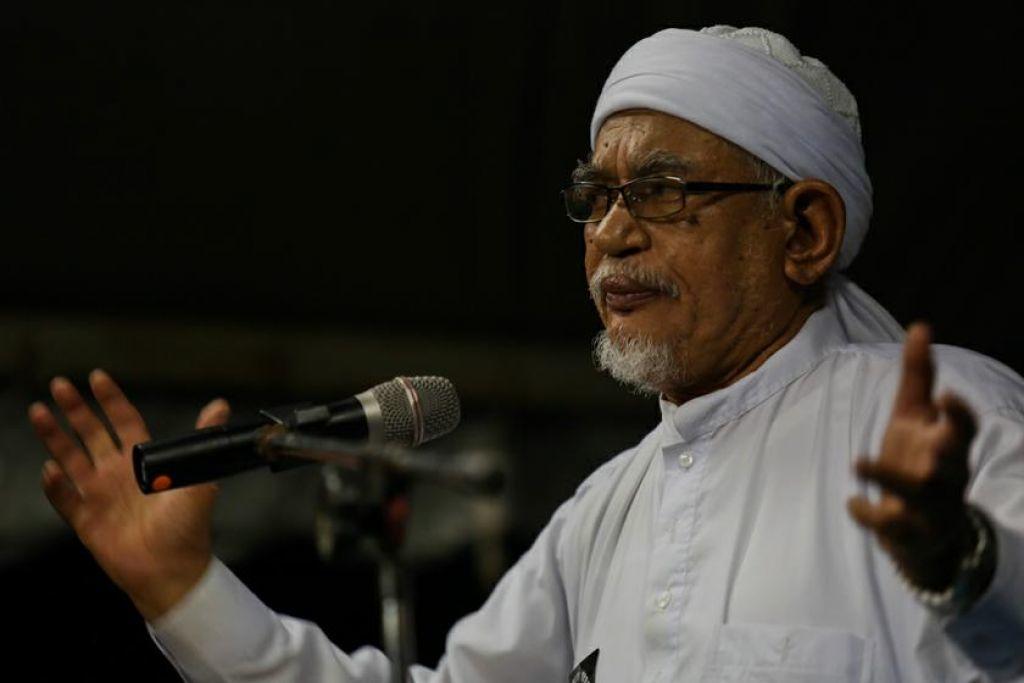 SINGAPORE was strangely singled out by PAS chief Datuk Seri Abdul Hadi Awang (above) as he urged non-Muslim voters to back a Muslim Barisan Nasional (BN) candidate in the Cameron Highlands by-election.

Islamist party Parti Islam Se-Malaysia (PAS) and its electoral base is in Malaysia’s rural and conservative north. The party has governed the east coast state of Kelantan twice (1959–1977 and 1990–present) and has also, in the past, formed governments in Terengganu (1959–1962, 1999–2004 and 2018–present) and Kedah (2008–2013). It currently holds 18 of the 222 seats in the federal House of Representatives and has elected parliamentarians or state assembly members in eight of the country’s 13 states.

Hadi Awang claims Islam teaches Muslims to accord non-Muslims rights and urges voters to come out and fulfil their responsibility by voting in the by-election.

He was campaigning for the BN candidate Ramli Mohd Noor in the Cameron Highlands parliamentary by-election on January 26. Ramli will be facing Pakatan Harapan’s M. Manogaran and two independent candidates Sallehudin Ab Talib, a senior lecturer in Institut Aminuddin Baki Genting Highland, and Wong Seng Yee, who is a local farmer and activist.

Hadi also slammed the Democratic Action Party (DAP) saying that it has no concept of sin and heavenly reward. He fell back to his typical form by claiming that it was the religious duty of Muslims to vote for someone of the same faith, a line commonly adopted by Umno and PAS against the multi-racial Pakatan Harapan government.

“Muslims and the Orang Asli who are Muslims are required (wajib) to choose a representative who can bring the Islamic voice.”

PAS managed to net only 3,587 votes when it contested against BN and Pakatan Harapan at GE14. BN ultimately won the parliamentary constituency by polling 10,307 votes.