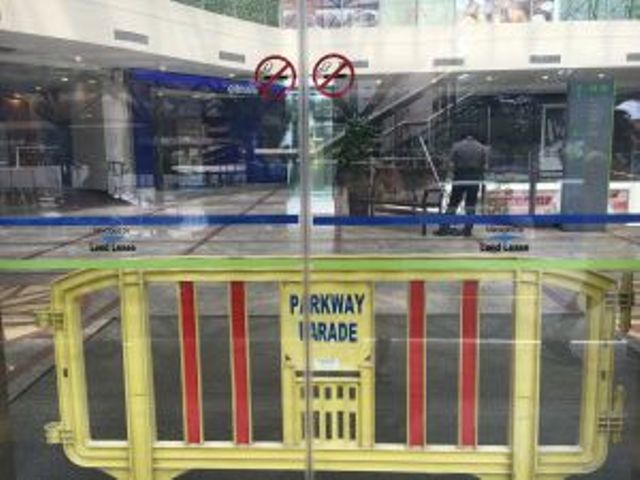 The management of Parkway Parade Shopping Mall has said in their Facebook that the shopping centre will be closed “till further notice”. A fire breaking out late on Sunday (15 May) night in the store room of the of a unit in the second floor is the reason for the closure.
The Singapore Civil defence Force (SCDF) said that no injuries were reported. The shopping centre had earlier said that the mall will be closed on Monday (16 May) for staff to clean up and check the site.
In an update posted about 3 hours ago, the mall said that its retail centre will be closed “till further notice as we continue the checks and rectification works.” It promised to keep its shoppers updated tomorrow (17 May). The office tower and the banks on Level 1 (HSBC, DBS, UOB & Citibank) however remain open.
To enquiries if its carpark will be open tomorrow, the mall replied that it would be closed. Some season parking holders are upset that the carpark will be closed. The mall apologised for the inconvenience caused.
Follow us on Social Media