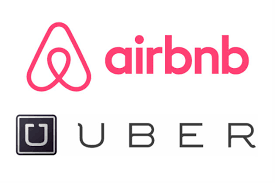 The world is changing and becoming more connected with new forms of business, making life easier by providing competition to otherwise stagnant industries – and customers only stand to gain from this. However societies have to adapt and keep with the times in order for the benefits of technology to be shared by all. Unfortunately Singapore isn’t just having problems stepping into the innovation age, but our country seems to be taking steps in the wrong direction and back peddling away from progress.

The fact that we are doing this in the midst of an economic crisis is even more worrying. Recently the Singapore government passed 2 laws that would affect business like Uber and Airbnb making it harder – and in some cases illegal to operate here.

I have to admit that the new law requiring Uber and Grab taxi drivers to apply for vocational license isn’t too bad or too strict but the penalty regime of $10,000 per offence might be a little too harsh and deter such companies from wanting to operate over here.

This need to regulate everything is counter productive to having an innovation based economy. If people who have obtained their licences are not allowed to freely ferry passengers, why give them licences in the first place? The government expect us to dream big and create stuff, but at the same time, requires us to ask for permission at every turn.

Secondly the new ruling which is effectively making Airbnb illegal is very problematic.

“Parliament passed a new law on Monday which makes it illegal for such home owners to rent out entire apartments and rooms for less than six months, unless they have permission from the Urban Redevelopment Authority (URA) to do so.”

People rent homes for less than 6 months for many different reasons. I am a film student and sometimes we have to rent houses for a day of two to film, we don’t know how long URA would take to respond to us – and frankly we should not have to ask URA for permission especially when Singaporeans have to pay hundreds of thousands of dollars to buy their over priced HDB flats.

Some people may be not have a roof over their head for less than 6 months and having easy access to renting short term really helps them out. Probably hundreds of thousands of people rent their homes out in Singapore and it is troubling that all it took was 607 complaints for the government to create a new rule making a new innovative business illegal.

While the government has their reasons for doing so, I fear that such actions would cause any innovation based business think twice about operating in Singapore in the future.

That is a risk which a small country like Singapore simply cannot afford.