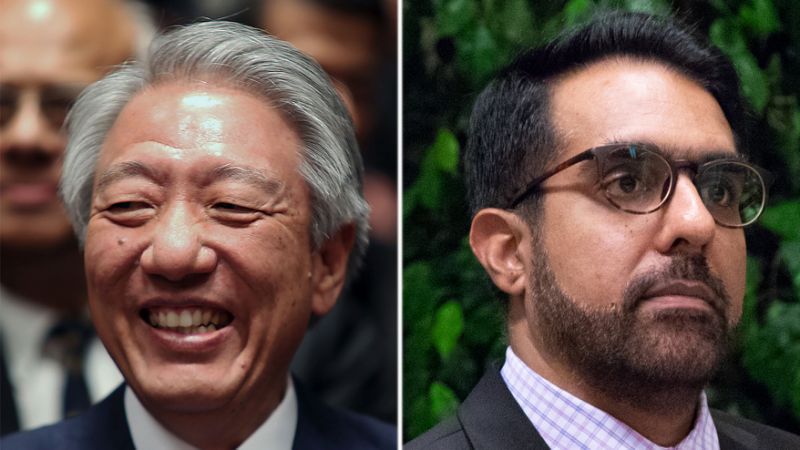 The Workers’ Party (WP) has agreed with the People’s Action Party (PAP) that ministers should be paid the million-dollar salaries which they are currently drawing. WP secretary-general Pritam Singh agreed with Deputy Prime Minister Teo Chee Hean that the opposition party’s salary structure for ministers, as proposed in 2012, would see entry-level ministers getting paid an amount similar to what they are earning today.

“If there were a WP government in power today, by their own formula, a WP minister would be paid essentially the same as what a minister today is paid,” DPM Teo said.

Adding: “The Workers’ Party formula would have had a higher fixed component (of 81 per cent) compared to the White Paper’s proposal, and a smaller variable component (of 19 per cent).”

DPM Teo then pressed WP if they agreed that their salary proposal made in 2012 will “essentially” result in the same total salaries for ministers, to which Mr Singh stated unequivocally that his party agreed.

Of course Mr Singh was being truthful that his party’s proposal of ministerial salaries was not much different from PAP’s. But I feel that it is a betrayal of the opposition party’s longstanding philosophy on the topic – that salaries of Ministers should be tied to the incomes of some of the most ordinary of workers here in Singapore.

Pre-2012, Mr Low Thia Khiang challenged the PAP ministers to peg their salaries as a multiple of the salary of the bottom 20% of workers. The PAP has always pegged their pay to the highest income earners.

This example was the clearest illustration of the difference in the philosophy of the WP vs the PAP.

As a blogger, Lucky Tan, said in 2011, “There is no free market in the world for ministers salaries (otherwise we could have gotten Bill Clinton at a lower cost) and it is determined purely by the ideological motivations of individuals.”

That we have to pay the highest salaries in the world for PAP ministers, says a lot about how extreme PAP ideology is. The WP risks drifting into this extreme ideology by siding with the PAP on this topic.

To its credit, the WP has asked Singaporeans how they think Ministerial salaries should be calculated. I hope Singaporeans’ feedback will bring them back to their senses and to their roots of identifying with the workers here in Singapore – not with the top income earners.

Ravi Philemon was the former lead editor of The Independent. He contested in General Election 2015 as a candidate of Singapore People’s Party.