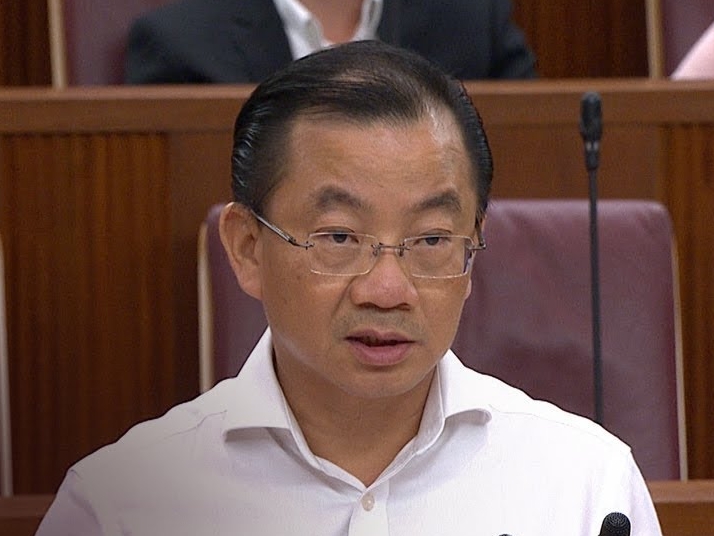 Despite this, ruling party politician Seah Kian Peng asserted on Facebook that the group met Mahathir to “invite Dr M to bring democracy to Singapore, and suggest that Singapore is part of Malaya.”

Seah, who also serves as chief executive of NTUC Fairprice, made several allegations against the group – particularly Dr Thum – and alleged that Dr Thum thought “it is permissible to ask its current prime minister to interfere in our affairs.”

He added: “It appears quite clear to me that PJ Thum does not wish Singapore well. It is interesting that Kirsten, Jolovan and Sonny should associate themselves with Thum.”

Revealing that he sent an open letter directly to Seah, Facebook user Nigel Li shared what he wrote in the letter on social media. In the letter, Li called Seah’s reaction to the meeting between Dr Mahathir and the activists as “deeply concerning” as he wrote:

“I understand that you have Singapore’s interests in mind, and that our sovereignty must be respected and defended at all costs; yet, I find it difficult to comprehend why you did not consider the damage your words would do to the Singaporean people. Your words have incited fear and distrust between citizens, labeling Prof. PJ Thum as a traitor to our nation. As an elected member of parliament I would have hoped that you would rise above this and brushed this incident off. Instead, you put these activists on the spotlight and gave them a platform to further their cause.

“We should not label our own countrymen as traitors, especially in a time of uncertainty for our country. Dr. Mahathir may be pressuring our country in ways Malaysia has never dared to attempt, but that does not mean his meeting with these activists had malicious intent. What we need to recognize is that such discourse is needed for our country to thrive, we need to have richer and open discussion on where democracy is and is headed in Singapore.”

Pointing out that Seah is a member of the Select Committee on Deliberate Online Falsehoods that was set up to look into potential regulations that could deal with fake news, Li continued:

“While I appreciate your display of patriotism and sense of duty to defend Singapore’s sovereignty, I also am aware of your false assumption about Teo Soh Lung being a member of the SDP. As a member of the Select Committee on Online Falsehoods you would know very well how dangerous fake news can be in the age we are in. Many Singaporeans are now taken aback by your false assumption, how can we trust that your moral position in the select committee is not compromised?

“I write to you in hopes to clear the air and for you to reassure myself and the Singaporean people that we can continue to put our trust behind you as an elected official.”

Read his letter in full here:

This latest open letter comes after some netizens informed Seah that they have lodged a police report against him for his inflammatory remarks:

https://theindependent.sg.sg/police-report-allegedly-lodged-against-pap-mp-for-inciting-lynch-mob-against-activists-who-met-mahathir/Follow us on Social Media