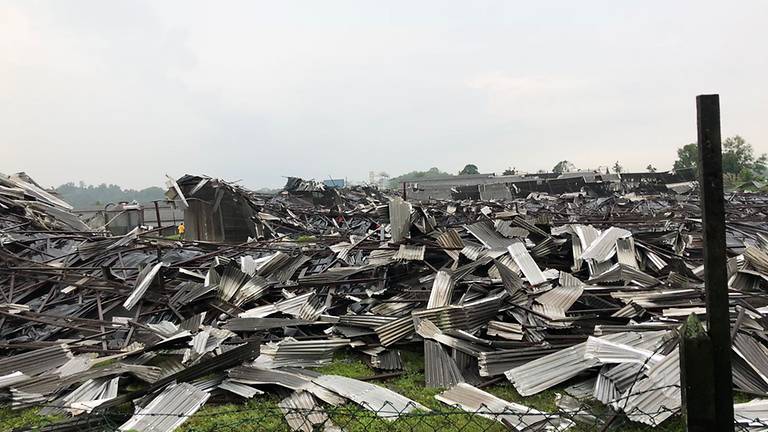 Videos and photos shared by Facebook user Mac Teo show the extensive damage to the property as structures can be seen toppled with debris strewn about the ground, mingled with fallen trees. Another eyewitness reported that a fallen tree blocked both lanes on Murai Farmway around 4.40pm: