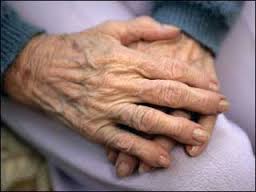 Minister for Social & Family Development, Mr Tan Chuan-Jin, writes about an old woman who used to visit him regularly in his Meet-the-People-Sessions (MPS), but has since passed away.
In his Facebook post he fondly talks about the woman who he saw grow progressively senile and frail over the years. “She had once brewed some murky herbal tea for me,” he remembers her.
The Minister said she once told him that “she descended from some deity and could see what was really happening”. Then he described an event which seem to suggest that he seemed to believe in the old woman’s foreseeing powers.
“And as recent as just before my posting to MSF Singapore, before it was announced, she cryptically told me about her dream that said I will be sent somewhere… to deal with health matters!”
He did not see her in his MPS for a few months, and just found out that she passed away in a hospice in October 2015.
Bidding the 80-year old Madam L farewell, the Minister said, “we will all miss you here. ?”.

An old lady used to come and see me regularly at MPS. She has some family issues. But I could see her progressively…