The Independent Singapore News
Home News Oh SNAP: Snapchat losing ground even in the US

Oh SNAP: Snapchat losing ground even in the US 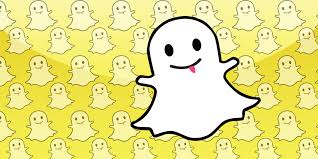 Surprisingly, SNAP’s stock has rallied 25% since its disappointing second quarter earnings decimated the stock. Many investors apparently are still hopeful about this company’s growth prospects. However, evidence suggests otherwise: Snapchat has been losing ground to Instagram even more recently. We believe this stock is heavily overvalued, and that investors should stay away from it.

Instagram now the official top photo & video app in the US

In the past, we’ve written several times about how Instagram Stories is killing Snapchat. Thanks to this phenomenon, our prediction that SNAP’s stock price will decline dramatically turned out to be true: its price has almost halved compared to its peak of $27. Still, there were three notable exceptions to this pattern: Snapchat still maintained its lead in the US, the UK and France. However, this all changed in Q3. Contrary to the stock’s recovery in the last few months, its user growth seems to have been deteriorating further, with Instagram overtaking Snapchat in download rankings in the US and the UK for the first time. The French were the only ones in the world that still remain stubbornly loyal Snapchat.

Given that App Store download rankings account for both new downloads and updates, Snapchat’s decline in ranking in face of Instagram’s rise suggests that an increasing number of users are abandoning Snapchat for Instagram. In fact, Snapchat’s average download ranking of 2.5 during Q3 of 2017 in the US was its lowest level since we started tracking this data since Jan 1st of 2016. Therefore, this suggests that SNAP’s user growth is likely slowing even further in Q3, especially in North America, after announcing a dismal growth number in Q2. Also, note that its growth rate is the lowest in RoW as of Q2 2017, where Instagram has been very dominant even before.

There seems to be a structural problem to SNAP’s long-term business model. First, its product (i.e. temporal pictures and photos with some cool emoticons and stickers) is a feature, not a platform. A bigger platform can easily leverage its size and popularity to copy its features and lure away both users and influencers.

Secondly, this lack of ability to infinitely expand its user base leads to another problem: advertisers are willing to experiment with it, but not fully deploy a self-serve budget. There’s also an added complication to the fact that SNAP’s advertising format isn’t very conducive to an easy “plug and play” model where advertisers can just simply reuse their existing ads from other places. For instance, there’s a really good Bloomberg article on how difficult it is for an influencer to utilise Snapchat as an advertising platform. This means that advertisers have to invent new wheels each time they engage Snapchat; and to convince them to do so, SNAP needs to keep expanding its sales team. This sounds oddly similar to what has been going on at TWTR, as we discuss below.

What this means for SNAP’s stock price

We believe SNAP’s stock is still very overvalued. In fact, SNAP looks almost identical to another social network stock, TWTR. Both are “social platforms” with dismal user growth in face of competition from Facebook. Both are almost completely reliant on advertising for revenue growth. Both have not been able to become really profitable because they aren’t able to scale their sales & marketing expenses, which have been relatively constant as a percentage of revenue; in contrast Facebook scaled off this cost beautifully. Given this, why should SNAP be worth $18bn, while TWTR is only worth $13bn? In fact, even TWTR isn’t even a cheap stock either. Another “global advertising platform” that had a billion of monthly active users, Yahoo, was sold for $7.6bn; in comparison, SNAP and TWTR both have around 300mn MAUs and they all reportedly lack a growing user base. Why should TWTR and SNAP even be valued so much more than Yahoo in the first place?

The article Oh SNAP: Snapchat losing ground even in the US originally appeared on ValuePenguin.