The Independent News
Home News OCBC Report: Public hospitals may not cope with patients surge in 2030

OCBC Report: Public hospitals may not cope with patients surge in 2030 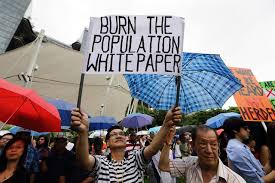 Public hospitals will not hit targets in terms of facilities and manpower when hospital admissions are projected to skyrocket to 791,000 patients per annum from the year 2030. An OCBC report which made this prediction said that in the past 5 years, public hospitals have only added an average of 188 beds per year.

“Based on the Healthcare 2020 Masterplan, the addition of 1,900 beds coming mainly from the newly completed Ng Teng Fong Hospital (~700 beds yet to be included in the current operational number of beds) and Sengkang General Hospital (1,000 beds to be completed by 2018) represents only a quarter of the total number of beds required by 2030,” OCBC said.

OCBC noted that the government has four acute hospitals in the pipeline subject to review in 2020.

“While it may be easier to add ‘brick and mortar’ i.e. medical facilities, it is more challenging to build manpower in the near-to-medium term especially specialised doctors. The number of new physicians needed by 2030 is around 6000 physicians, or 371 physicians per year,” the report said.

“From historical trends, Singapore has been able to add an average of 677 physicians per year, double the number required per year. The increase is typically drawn from around 300 doctors who are Singapore residents, and 300 to 350 non-resident doctors, of which, c.200 are graduates from Singapore’s medical institutions,” the report added.

In a White Paper released in 2013, the Government said that it intends to increase the population of Singapore to 6.9 million by the year 2030.