Obama campaigns against gerrymandering; what lessons for S’pore’s opposition? 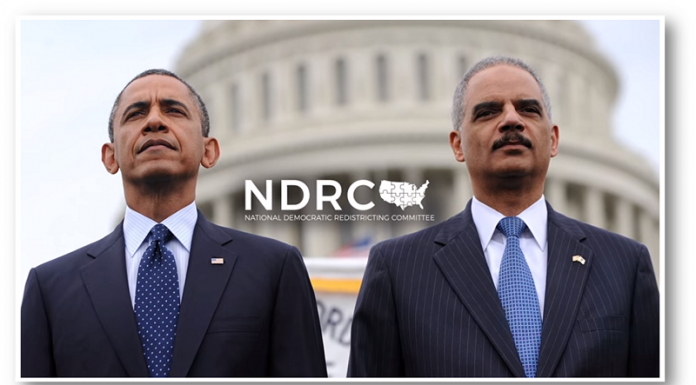 Former United States president, Barack Obama, has joined the campaign against unfair redistricting, or gerrymandering, of the electoral map in his country.

The campaign may have lessons for Singapore, where the political opposition parties have long complained that gerrymandering by the ruling People’s Action Party (PAP) has left them at a disadvantage during elections.

“The biggest rigged system in America is gerrymandering,” Mr Holder says on the campaign’s website.

“Since 2011, Republicans gerrymandered the country more aggressively than at any time in our history,” the website says. “The result? Your vote might not count the way you think it does.

In 2010, the Republicans came into power at the midterm elections, winning both the state and gubernatorial elections.

“That gave them disproportional control over the nation’s redistricting process,” the website says.

“In state after state, Republican legislatures and governors used this power over the process to ensure permanent Republican majorities and diminish the voting impact of Democrats and minorities.”

These gerrymandered districts “have had disastrous policy consequences”, the NDRC says.

These include “assaults on women’s health, suppressing the vote for people of color, failing to address climate change, and refusing to stand up to the epidemic of gun violence.”

“These policies don’t reflect the majority of voters, but because Republicans have rigged the system in their favor, voters are limited in their ability to do anything about it,” the campaign says.

“As each piece comes together, our comprehensive approach to redistricting will ensure that we can achieve a fairer process and fairer maps,” the NDRC says.

It is an approach which Mr Obama supports.

In the 3-minute video for the NDRC, Mr Obama calls for “rethinking the way we draw our congressional districts.”

“Today, technology lets the party in power precision-draw the map in a way that packs the other party’s supporters into as few congressional districts as possible,” the former president says. “It’s why your district might be shaped like a corkscrew. But it’s also how a party gains more seats while winning fewer votes, which isn’t fair.”

He then urged Americans to vote for politicians who support fair redistricting, referring to the midterm elections coming up in November.

“Of all the politicians who will redraw our maps in a few years, half will be elected this year,” Mr Obama explains, “and if we don’t elect leaders who support fair elections, then we can see a repeat of what happened ten years ago. Republican-controlled legislators all across the country locked in structural advantages that would eventually determine every future election.”

“That’s good for special interests who want to protect tax breaks for the most powerful, or the gun lobby, or environmental polluters,” Obama continues, “but it’s not good for our children.

“And regardless of our party affiliations, it’s not good for our democracy.”

It is a message which will resonate with Singaporeans, especially the opposition parties.

Since the introduction of the Group Representation Constituency (GRC) system in 1988, the redrawing of electoral boundaries has been one of the major sticking points at every election. The opposition has consistently complained that the boundaries are arbitrarily redrawn to the ruling party’s advantage.

This has in turn led to calls for the Election Commission, which is responsible for issuing the electoral map during elections, to be removed from the aegis of the Prime Minister’s Office. The commission should be independent and be seen to be so, the opposition says.

Also, the commission’s decision on how the map turns out is not up for appeal, and it has never disclosed its reasons for how the map is redrawn.

Such opaque redrawing of the boundaries have resulted in entire GRCs, which could include more than 100,000 voters, being erased from the map completely.

For the next elections, due by early 2021, Prime Minister Lee Hsien Loong has said there will be more single-member constituencies, and that there will be a reduction of the average size of the GRCs.

There are currently 16 GRCs and 13 SMCs, with the opposition Workers’ Party managing one GRC and one SMC.

The GRC system, says the ruling party,  “makes sure that any party which aspires to form the Government first demonstrates that it can manage an estate competently and honestly.”

The original reason for the then new system in 1988, however, was multi-racial representation in Parliament.

In January this year, the GRC of Marsiling-Yew Tee saw one of its MPs – a Malay – leave to contest in the presidential election, leaving a seat vacant in the constituency.

The Singapore Democratic Party (SDP) then took the government to court, arguing that a by-election should be called to fill the seat, since the GRC no longer had a minority-race MP, as required by law.

In his argument in court against the SDP’s case, the Deputy Attorney General, a former MP of the PAP, argued that “the GRC scheme was designed to ensure minority representation at the point of elections.”

It was thus not necessary for a by-election to be called, nor for a GRC to necessarily include a minority-race MP after the election, such as in the case of Marsiling-Yew Tee.

The court eventually decided in the government’s favour.

The government later explained that Parliament already consisted of the required number of minority-race MPs, fulfilling the minimum required under the law. (See here.)

Nonetheless, when the new electoral boundaries are redrawn and revealed in the next elections, they are expected to once again be shrouded in controversy.

So perhaps the outcome of the NDRC’s campaign in the states will be instructive for Singapore, and in particular the opposition parties here, in how to overcome the apparent partisan redistricting of our constituencies. Follow us on Social Media