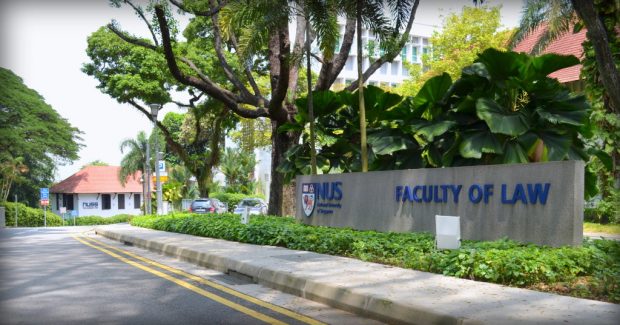 The Facebook page NUS Confessions published a post written by a NUS student on Sunday (4 Sep) who compared her current her boyfriend with a “year 4 graduating law student” who owns a house and a car. She complained that her boyfriend who is now serving national service, is not ‘atas’ (Malay for high class) like the law student, would save money to buy BTO, and would not even bring her to fine dining restaurants. She said that she is tired of eating at Swensen’s and Ajisen’s on their anniversaries.

As it turned out, she is not totally honest with her confessions. She did steal a kiss from the law student, says the law student who chanced upon her post. And her has decided not to pursue the relationship with the NUS student anymore.

He says that he feel sorry for her boyfriend who is serving National Service and advises him to just dump her.

—
if you are not able to read what is posted, this is what he said:

I did not know she was attached. I just want to get this out there. Yes, most of my assets are from money that I got from my family, but my car and the money I use for spending are from my own pocket.

I was serious about her.

I tried to imagine how I would feel if my girlfriend was going out with this other guy while I was in army, especially if that guy had confessed (me) and we had already shared a kiss (she left this part out in the OP). I would want to rip that guy’s throat out.

I can’t believe I’ve been on this side of the line. I hope Guy B reads this. Please, leave her. I’ve already stopped replying, and I’ve felt sick to my gut for atleast 12 hours now. If a friend hadn’t shown me this as a funny story, I probably would have never found out that the girl who told me to wait for her response had a boyfriend.

I’m broken, and I feel guilty, and logically I know it isn’t my fault, but I still can’t help it.”