NUS Prof: Prejudicial for S’poreans to think PRCs are racist 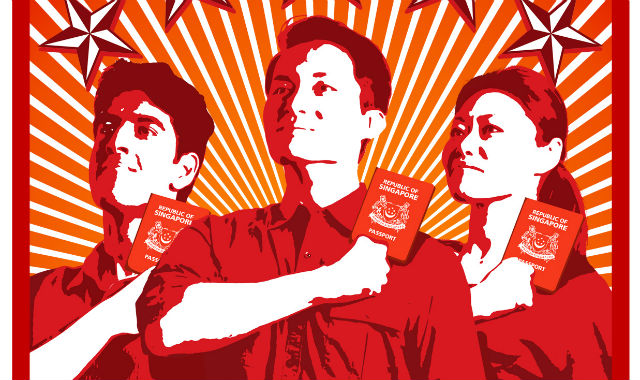 The new PRC migrants are also seen to be more racist than the three main races of Singapore.

The findings show about 65% of Singapore residents feel the PRC migrants are at best, mildly racist.

The survey set out to find how Singapore residents perceive the racism of new migrants from India, China and the Philippines.

But NUS sociologist Paulin Straughan, who was also a former NMP, commented, “One can only make such generalised statements about people from China when there is an information gap, and people rely on hearsay.”

Education and giving people the chance to interact with those from other races and nationalities are ways to counter such prejudices, she added.

Actually, it’s not hard to find racism coming from the new PRC migrants. One only has to browse through the comments made on SG Chinese website and one can easily find racist comments inside.

Naturally, among themselves, they would feel less inhibited to express racism especially against people from a particular race.

Following are some of the postings taken from SG Chinese:

In this thread, the person was asking if he could rent his house to Indians. The writer said, “Nowadays, the rental market seems to be  filled with Indians and Filipinos. Can rent to Indians? The smell is it really that bad? I’m afraid later, I can’t rent the house out again.”

This writer complained that an Indian neighbour cooks curry and burns incense.

He wrote, “My tenant texted me a message this morning to complain. He said that an Indian family has moved in next door. Every day burns incense, cooks curry and opens their door. He asked me where to complain to. I said give me their unit number and I will call the managment to ask them notify the owner. In addition, if I want to call myself to complain, where to call to?”

Another said he also wanted to know where to complain to. He complained that a certain neighbour is also burning incense everyday. “Oh damn, that smell, really insults ‘fragrance’ this word,” he added.

One moderate person replied that it’s very hard to complain because of the need to maintain racial harmony. He advised just close the door to ignore the smell as he has an Indian family opposite too, who presumably cooks curry.

In this thread, the writer complained that after working for 1 month, he has already been discriminated by an “Indian black devil”. He thinks that it is because his English is not good enough. He advised his compatriots to take note.

Another joined in to condemn, “We even want to discriminate them. So black!”

This posting shows the language barrier exists between PRC and Indian migrants. Apparently there is a squabble between the PRC family and the Indian family living above the writer over noise. The writer said when she opens the window, she will scold loudly in Chinese. After scolding, the Indian family will lower their noise.

The mainland Chinese probably didn’t know that they were exhibiting racist behaviour because in their home country, they hardly have to live with other races.

And to compound the problem, our government has opened the door too wide in recent years so much so that large number of migrants from the various places coming to Singapore are forming enclaves among themselves. They hardly can get assimilated into Singapore multiracial society.

She is an associate professor in the Department of Sociology at the NUS where she is also the Vice-Dean of the Faculty of Arts and Social Sciences.

She was educated at the Convent of the Holy Infant Jesus and Catholic Junior College, before going on to complete a Bachelor of Arts degree in sociology and statistics at the NUS. She then went on to the University of Virginia in the United States, where she earned a Master of Arts and a PhD in sociology. She has been teaching at NUS since 1991.

She married an American, Dr Robert Straughan, who taught at Singapore Polytechnic.

Her children hold both an American and Singapore passports.