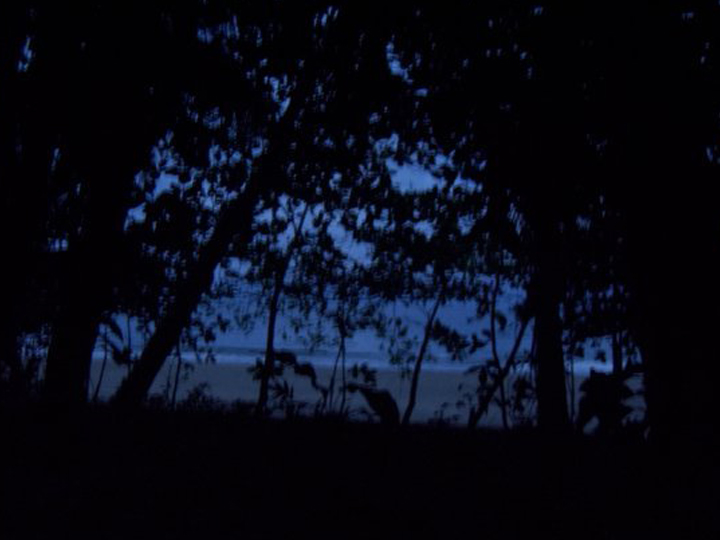 Twitter user @jnghni recently shared a freaky ghost encounter her cousin experienced while he was serving his National Service. Apparently, her cousin was stationed outfield and had to use the washroom. It was at the washroom where he encountered a ghost that hunted him down, cubicle by cubicle, taunting him in a high-pitched voice.

The NSF was allegedly hospitalised after the incident. Read the creepy story here for yourself:

Ok so…. My cousin told me this story that happened to her brother when he was in NS. Not sure which camp but ok i dont wanna know anw. That day my cousin was outfield whole day and had a whole day training. When the day ended, all his mates including him were too tired to even shower and sleep. So all his mates decided to just sleep and shower next morning instead.

But unfortunately my cousin just HAD TO have the urge to take a dump. And since he wants to do “business”, might as well shower right? Usually they go in partners to the toilet. But that day after whole day of vigorous training, his partner was TOO tired to accompany him.

The thing about my cousin here is that he has the third eye. He can see the other dimension. So yeah. Just so you know. Before he entered the toilet, he shouted before coming in. In Malay, he shouted “Eh I wanna come in. Y’all better dont disturb ok.” He was also tryna overcome his fear by putting on a brave front.

Then he entered and started showering as usual. He started shouting and sing out loud just so the toilet wont be quiet. Like I said, he was tryna overcome his fear, making lots of noises. Then when he was showering he heard a lady’s voice. EXTREME high pitch.

Ok this one i have to tweet in Malay. Bcos its only scary that way. The lady with a HIGH pitch singing voice said “ehhh ada orang la….” (“Ehhh there’s somebody insideeee?”) Y’ALL. I SWEAR WHEN MY COUSIN TOLD ME THIS STORY I WANTED TO CRY. Here comes the scariest part. Y’all ready for the climax?

Ok my cousin was at the fourth, the last cubicle of the toilet. Dont ask me why. But yea he was in there, making random noises trying to ignore the lady’s voice. He even said “jgn buat hal la. Aku nk mandi jap tros jalan la. (don’t disturb la. I bathe then I’ll go)”

Then he heard knocking on the first cubicle door. How he know its the first cubicle? Ok here we go.
The voice in HIGH pitch said “Nombor satu.” She started knocking like crazy. Then BAM slam the door open. Then she said “eh tkde orang? (Ehhh no ones insideeee?)”

I drag oraaang. Bcos yes she drag the words in like high pitch voice. Y’all cn just imagine la like those in horror movies.

I repeat. My cousin is the 4th, the last door. So yes his door would be next. Then my cousin was already frozen inside, tryna recite prayers.

Then that voice. This time she didnt say what number. She said “ehhh sini ada oraaaaang (Ehhh there’s somebody insideeeeee?)” and started laughing in her screeching voice. Then vigorous knocks on the door. Like crazier than the before ones. Then BAM door slammed open.

After that, idk if he saw the face or not. But he fainted and next thing he knew he woke up in a hospital. He got high fever for a week. I wish i could explain it better. But i’ll promise my friends if i meet anyone of y’all, i’ll tell in details and like act the voice too. The voice was the CRAZY SHIT ah basically.

Like i cant imagine the fear he had. Like can you just imagine?? The fact that he knows the thing is coming for him. Door by door.Follow us on Social Media